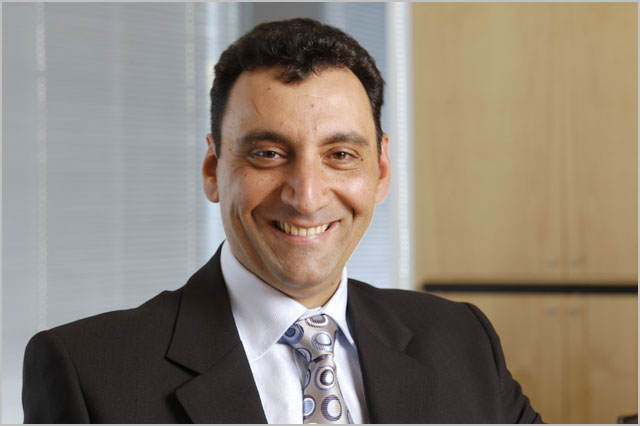 After ten years at the top, IT services group Dimension Data today revealed the long-serving chief executive of its Australian division, Steve Nola, would take a step sideways to lead its growing global cloud computing business.

Nola’s history with the South African-headquartered company dates back to the 2001 acquisition of locally owned company ComTech Communications in 2001, which brought a flush of new staff into DiData’s ranks. Nola had been with ComTech since 1989, two years after the company was established.

Over the past decade, he has successfully transformed DiData from a company which was primarily focused on reselling equipment into the local market into a more comprehensive IT outsourcing and managed services business. The company is now known in Australia as one of the nation’s premiere networking integrators, and has a substantial business in other areas, such as Microsoft-focused systems integration.

Financial success has followed. Back in 2002, DiData said today in a statement, local revenues were around US$365 million. Today they’ve skyrocketed to breach the US$1 billion figure annually.
In a statement released last night internationally (PDF), DiData revealed Nola would take a new role leading its global cloud computing business, but would remain associated with the Australian division and continue to be based in Sydney.

“His experience with cloud architecture, telecommunications services and IT outsourcing stands him in good stead to establish and grow Dimension Data’s global Cloud Solutions business,” DiData’s global group chief executive Brett Dawson said. “Steve has been nominated to accelerate the group’s cloud strategy based on his strong 22-year track record with Dimension Data as an executive and a leader with proven execution skills, and ability to drive value.”

Nola is well-known in Australia’s IT industry for his relaxed manner and his good sense of humour — attributes which appear to have percolated through Dimension Data’s operations locally as the company rode a wave of interest in the unified communications field over the past decade. Today the company is one of the largest Australian partners for both Cisco and Microsoft.

DiData’s cloud business is growing rapidly. Last month the company acquired US-based enterprise cloud group OpSource, which sells a range of services ranging from a flexible cloud hosting platform, to managed hosting and managed services (including application management, for example). In Australia, DiData already has a stake in the local cloud market courtesy of its 2008 purchase of local company BlueFire.

For his own part, Nola said he was “excited” about his new role leading DiData’s cloud branch. “We’ve already seen success in the Australian market on this front through our cloud asset, BlueFire,” he said. “Our clients are increasingly expressing more and more interest in starting their own journey to cloud services. As a group, we believe the time is right to place greater focus on this fast-developing space, and significantly increase our offerings and activities.”

Despite the new focus, Nola will retain executive oversight for DiData’s Australian business, although he will be succeeded as chief executive by Rodd Cunico, the company’s local southern region manager, who has also held his role for the past decade.

The news comes as a number of other major technology companies have changed leaders over the past year. IBM Australia chief executive Glenn Boreham left in January, to be replaced with Andrew Stevens, Fujitsu’s long-serving chief Rod Vawdrey was promoted in April, with former Kaz CEO Mike Foster taking his seat, VMware Australia leader Paul Harapin was similarly promoted that same month, and the same situation was seen at Juniper and Cisco.