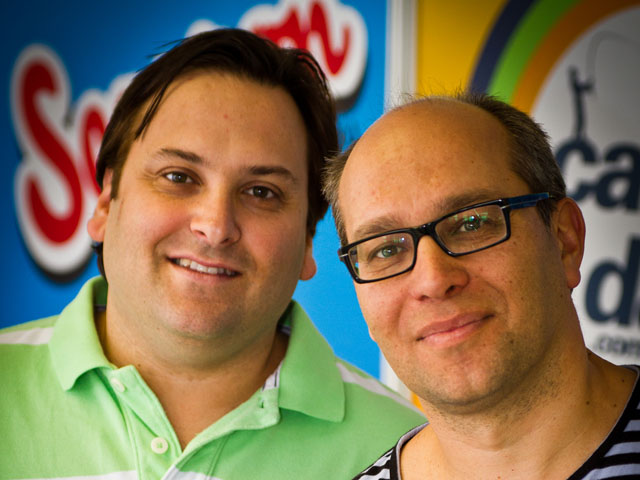 A group of high-profile investors including James Packer and the co-founder of Seek have ploughed millions in investment capital into controversial Melbourne-based online retailer CatchOfTheDay — which is also behind the Scoopon group buying site.

CatchOfTheDay founders and brothers Gabby and Hezi Leibovich (pictured) will retain a controlling stake in the company, with the $200 million valuation making it likely the consortium has invested tens of millions of dollars in their business.

Gabby Leibovich said the consortium possessed “a true passion for the internet”. “Through our relationships with them we are able to access a wealth of advice, experience, and extensive contacts – both local and international – to propel our business forward. We look forward to working with them,” he said.

The entrepreneur said despite the recent high levels of growth in the daily deals sector in which CatchOfTheDay and Scoopon operate, Australia’s online retailing industry was still “in its infancy” when compared to that of other markets, which is one reason why the company considered investment from international partners. Tiger is based in New York but has international offices in locations such as China.

Tiger managing director Lee Fixel said it was apparent that the brother entrepreneurs had a “deep understanding” of their market and what would be required to build a globally competitive e-commerce group.

“Unlike many other players in the market, the team’s proven experience in building profitable e-commerce businesses, means they have the skills, supplier networks and economies of scale to keep growing and leading the market,” he said. “We are excited to align ourselves with the market leader in the online daily deals sector in Australia.”

The company said the investment would be used to fuel the company’s “continued leadership” in the sector, as well as supporting its expansion into new locations, with a focus on more localised deals, specialised offerings and continued investment in technology, including mobile applications.

However, despite the company’s success in attracting investors, CatchOfTheDay’s immediate past history hasn’t been without its controversy. The pair achieved notoriety in Australia’s online landscape when they became involved in a high-profile stoush with fellow ‘deal of the day’ company Groupon, which is suing them for registering the ‘Groupon’ trademark and domain name locally.

In a blog post at the time, Groupon chief executive Andrew Mason apologised for having taken so long to enter the local market (Groupon currently operates in 37 other countries) and publicly laid the problems at Scoopon’s door.

“Scoopon went a little further than just starting their Groupon clone – they actually purchased the Groupon.com.au domain name, took the company name Groupon Pty Limited, and tried to register the Groupon trademark (filing for the trademark just seven days before us) in Australia,” he wrote. “The way we see things, this is a classic case of domain squatting – an unfortunate reality of the Internet business.” The legal problems have forced Groupon to launch under the ‘Stardeals’ brand in Australia.