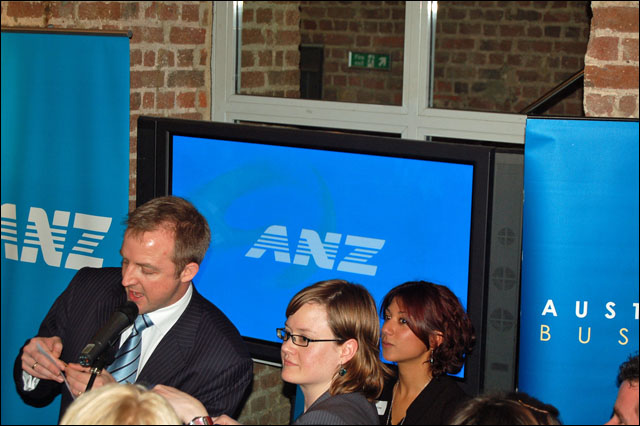 Australia and New Zealand Banking Group has given a series of tantalising hints about what technology projects have taken up its time over the past six months, in a half-yearly financial results session today which emphasised the bank’s strategy of focusing on investing on growth in markets in the Asia-Pacific region rather than Australia.

Unlike major rivals the Commonwealth Bank of Australia and the National Australia Bank, ANZ has not pursued a core banking overhaul project in Australia. Instead, in briefing documents today, it said over the past while it had continued to focus on core banking re-development in the Asian markets, as well as New Zealand, where its accounts will see a one-off NZ$98 million charge this half relating to core banking projects in the country.

The bank said its shift to a single core banking platform in the country was slated to drive operational efficiencies, improved services levels and other business outcomes – reflecting similar benefits which CommBank claims to have achieved with its own core overhaul in Australia. “Our move to a single core banking system later this year is progressing well and this will improve our ability to innovate and to serve our customers,” said ANZ NZ chief executive David Hisco. “This work is aimed at simplifying the way we operate and improving our customers’ experience.”

ANZ also focused on launching its cash management platform Transactive throughout Asia and in New Zealand in the half – which the bank has billed the first integrated cash management and paymanets platform across Australia and the Kiwi nation.

In Australia, the bank appears to have primarily focused on developing technologies which affect its end users directly, mentioning investment in customer-facing technologies such as development of its internet and mobile banking platforms, as well as the implementation of multi-lingual ATM machines, consistent with its strategy of becoming the Australian bank of choice for Asian migrants.

The bank’s iPhone application, goMoney, offers features which the other banks’ mobile apps do not – such as the ability to transfer money from customers’ accounts to non-customers directly, requiring just their mobile phone number. ANZ has also recently launched an iPhone app in Taiwan.

ANZ didn’t go into much detail about how its technology costs over the period were broken down. However, the bank’s overall “computer costs” rose 15 percent in the period (to $498 million) compared to the six months previously – an increase which the bank said was largely driven by increased contractor costs associated with technology projects.

The bank’s approach to technology projects – particularly core banking redevelopment – is markedly different from that of several of its rivals.

CommBank has placed its core banking re-development strategy at the heart of its drive to improve its operations, throwing more than a billion dollars at the project over the past few years and discussing the work openly.

In mid-March, Commonwealth Bank chief information officer Michael Harte held a wide-ranging briefing in which the executive and other CBA leaders repeatedly emphasised that CBA’s $1.1 billion revamp put it technologically between two and five years ahead of its rivals. Harte and others emphasised the real-time nature of the bank’s transactional capability, which the systems of most of its rivals do not share.

NAB is also undertaking a core re-development project, although the bank has spoken little in public about the matter over the past several years. Westpac is holding off from attempting a core overhaul – although the bank’s subsidiary St George already shares much of the real-time functionality that the CBA enjoys.