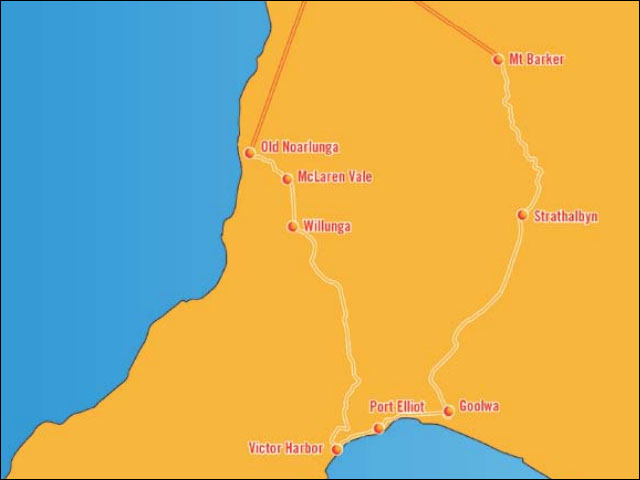 Telco and network construction company NextGen Networks has completed laying a 146 kilometre fibre backbone link to South Australian town Victor Harbor and other rural locations as part of the National Broadband Network rollout, according to a statement issued today by the office of Communications Minister Stephen Conroy.

The link has been developed as part of the Gillard Government’s Regional Backbone Blackspots Program plan, which aims to deliver 6,000 km of fibre backbone across regional Australia, in a move which the Government claims would benefit nearly 400,000 citizens. The program is working to supply backbone infrastructure access in regional Australia where Telstra usually remains the only provider.

A week ago, Conroy welcomed the completion of the Perth to Geraldton link as part of the same program. Today, he said he looked forward to the establishment of more links. “I’d like to congratulate Nextgen Networks on the completion of this important work and I look forward to seeing the other links across Australia completed this year,” he said. “The Victor Harbor link, along with the completed Perth to Geraldton link which I was delighted to open last week, has been delivered by the Government on time and on budget”.

Conroy added the connection of the Victor Harbor link meant more choice, greater competition and better value for services for the whole state area. “It means faster and cheaper broadband for families and small businesses throughout this part of regional South Australia,” he said.“Faster speeds and cheaper prices are exactly what have been delivered on the Perth to Geraldton link and I expect the same for the Victor Harbor link.”

By deploying a new backbone infrastructure, the Government said at the launch of the program, more ISPs will get the opportunity to supply their services in regional areas, enhancing competition and lowering prices. According to the media release, Nextgen Networks, the national telecommunications carrier which is partnering with the Government to deliver the Backbone Balckspots Program, is currently in the process of connecting retail service providers to the new link.

The ALP member for the associated area of Kingston, Amanda Rishworth, said the completion of the link was the first step in the delivery of the National Broadband Network in South Australia. She added around 27,000 citizens were expected to benefit from the introduction of new backbone services. “The fibre backbone link to Victor Harbor will allow retail service providers to offer faster and better value broadband services in Victor Harbor and other regional communities of Goolwa, Strathalbyn, Port Elliot, Willunga, McLaren Vale and Mount Barker,” she said.

Rishworth agreed with Conroy that the Regional Backbone Blackspots Program would go at the advantage of people living in regional areas and would facilitate the rollout of the NBN in such areas. “This is just the beginning and I look forward to the first NBN services coming on in Willunga in the coming months,” she said. “There is no doubt the NBN will ensure that every Australian, no matter where they live or work, will have access to affordable, high-speed broadband.”