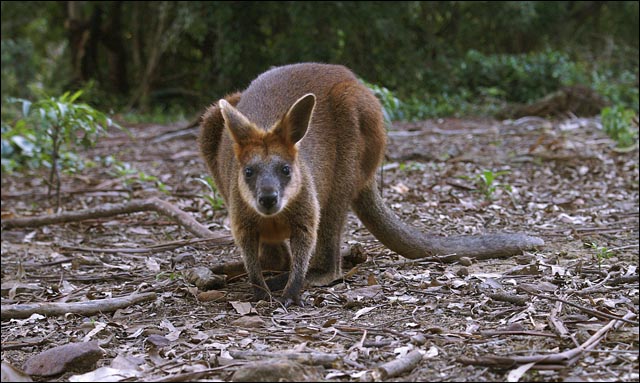 A slice of Australia has touched global technology giant Adobe’s software development team, with the company naming a Flash to HTML5 conversion tool after one of Australia’s favourite marsupials — the humble wallaby.

The name of the new tool announced this week comes from the personal experience of the lead engineer for the project, Dalia Ackner – who came to Australia last year in July to visit her daughter, who was on a one-year job transfer to Sydney.

In a statement, Ackner recollected at that time she had traveled to see Uluru and Kakadu Park where – she said – she was impressed by the variety and uniqueness of animals and birds. So when the time came to name Adobe’s new application, that Down Under vacation offered her an idea.

“Hence a list of unique Australian animal names came to my mind when we had to quickly find a name,” she said. “Wallaby was attractive to us because it was easy enough to spell and pronounce, and mainly because it represented leaping bounds – from Flash to HTML5.”

The US company said the Wallaby was an “initial” version of the technology, adding the focus is to “do the best job possible” to convert graphical content along with complex, timeline-based animation to HTML5 in a format that can be accessed through browsers using a Webkit rendering engine.

“This allows you to reuse and extend the reach of your content to devices that do not support the Flash runtimes,” Adobe said. However, at the moment the only supported Webkit browsers are Chrome and Safari on OS X, Windows, and iOS for iPad, iPhone and iPod.

Adobe said Wallaby has been developed with a simple user interface which allows easy conversions. “Files may be opened via entering the URL, browsing or dropping file(s) and/or folder(s) onto the conversion window,” the company said in a release. “It focuses on converting the rich animated graphical content into a form that can easily be imported into other web pages in development with web page design tools like Dreamweaver.”

However, the Wallaby might find it hard to jump from Flash to HTML as Adobe admitted it had “several unsupported features”, such as ActionScript, movies, sound and some design filters. The company said the application was primarily developed to run at its best within iOS devices. “These devices are known to have a relatively slow JavaScript interpreter,” Adobe said in a statement. “For this reason Wallaby’s HTML5 export avoids usage of complex JavaScript by making extensive use of CSS3 for animation and SVG for graphical content”.

The Wallaby preview is available to download on Adobe’s Labs web page and comes as a 32-bit application for both Windows and Macintosh.