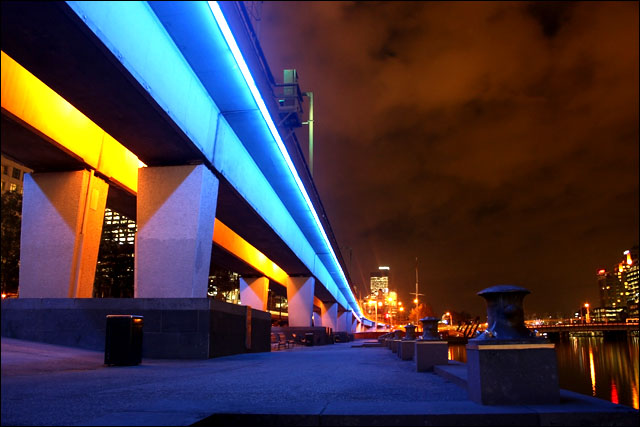 The national competition regulator has broken with its past differentiated pricing strategy for setting the wholesale cost of the underlying building block of ADSL broadband, instead mandating a flat rate of $16 per month for most of Australia.

The cost refers to what is called the ‘unconditioned local loop service’, or ULLS — a service provided by Telstra to other rival telcos who use its wholesale services. Because Telstra provides this service at a price regulated by the Australian Competition and Consumer Commission, other telcos like Optus, iiNet, Internode and so on can provide ADSL broadband using their own equipment in telephone exchanges.

In the past, the ACCC has mandated a differential pricing approach, depending on where ADSL services were provided — with the price ranging from $6.60 in certain areas — typically metropolitan centres — to $31.30 and even $48 per month further out of town. Now, for most areas, the regulator has set a flat monthly cost of $16.
In addition, the cost of a number of other inputs into telecommunications services has reduced slightly — although in one case it went up.

In a statement, the regulator’s chairman Graeme Samuel said it had decided to set a single ULLS price for most areas in order to promote industry stability during the transition to the new telecommunications access regime, which came into place in January this year. The new prices reflected the application of what Samuel called a “Building Block” model commonly used in other regulated industries.

“It is important to acknowledge the major shift in our approach to pricing these services and that the move to a Building Block model in telecommunications has been widely supported by industry for some time,” Samuel said.

The new pricing model is not required to be adopted by telcos in their negotiations — they can still negotiate independently. However, it establishes what the ACCC described as a “benchmark” which Telstra and others could fall back upon when negotiating deals.

The ACCC is also planning to shortly commence a public inquiry into the making of fixed-line access determinations and will released its pricing model in the area upon commencement of the initiative.

The debate around what the ULLS input into broadband should cost has been raging for years now. In May last year, for example, the Australian Competition Tribunal rejected Telstra’s argument that the ULLS price should be almost doubled to $30 in metropolitan areas — an argument it has attempted to make numerous times.

Much of the pricing for ULLS will gradually become irrelevant over the next half-decade as the National Broadband Network fibre rollout hits Australian premises. Basic wholesale prices for access to the NBN’s fibre range from $24 per month to $150 a month for access seekers — who will also need to pay extra for backhaul data to service each users’ connection.