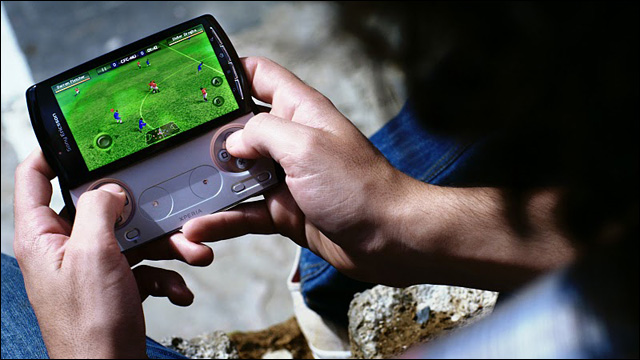 Mobile manufacturer Sony Ericsson has confirmed its combination smartphone and video gaming console, the Xperia PLAY, will hit Australia in the second quarter of this year, although pricing and telco partnerships remain under wraps for now.

After years of speculation that the Sony empire was developing a mobile phone featuring integration with its PlayStation line-up of video gaming consoles and games, the company’s joint venture Sony Ericsson finally unveiled the PLAY – the latest handset in Sony Ericsson’s Xperia line – at the Mobile World Congress conference in Barcelona overnight.

The device features a standard touchscreen similar to many competing Android devices – but also bundles in a slide-out control pad similar to that found on Sony’s PlayStation and PlayStation Portable consoles. It will run the 2.3 version of Android (Gingerbread) with launch titles set to include Assassin’s Creed, Need for Speed, the Sims 3 and more.

“[The] Sony Ericsson Xperia PLAY will be available in Australia in Q2 (April – June) 2011,” the company said in a statement issued this morning. “Operator ranging and pricing will be announced closer to launch.”

“Today is a very proud moment for Sony Ericsson as we bring something truly revolutionary to the market,” said Brendan Johnston, managing director for Oceania at Sony Ericsson. “Xperia PLAY will forever change the way people think about smartphones and mobile gaming. Living up to our Xperia vision of providing the most entertaining smartphone experience, Xperia PLAY allows people to enter a new world of immersive mobile gaming.”

Sony Ericsson also announced a series of other devices at Mobile World Congress – the Xperia Pro and the Xperia Neo, for example, and it further demonstrated the Xperia Arc which it first unveiled at CES in January. Unlike rivals such as Samsung and LG, however, the company did not reveal an Android-based device with a tablet form factor.

The news comes as Korean electronics giant Samsung has confirmed mobile brand Vodafone will exclusively sell the next iteration of its flagship Galaxy Tab tablet line when it launches locally in the second quarter of the calendar year, although its Galaxy S II handset will be sold through every major local carrier.

And LG has also confirmed it will launch an 8.9” tablet device at Mobile World Congress, in addition to displaying its 3D-enabled smartphone, the Optimus 3D. The company has not yet disclosed if it will bring the products to the Australian market, or through which telco channels.