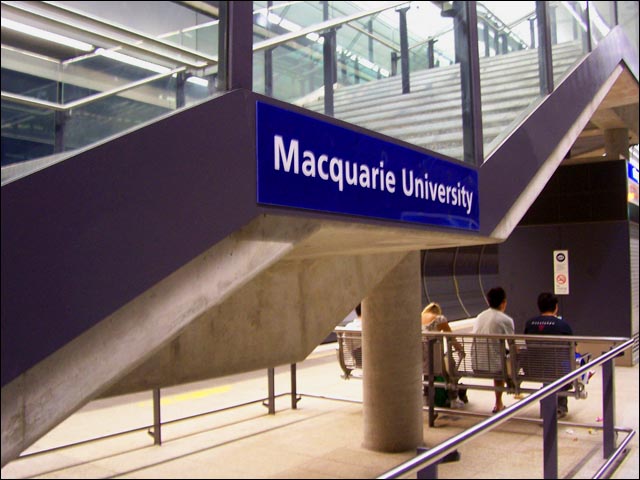 A number of senior academic staff within Macquarie University’s computer science department have contacted students directly to warn them of budget cuts that they claim will affect the quality of education at the institution in 2011.

The warning took the form of a email issued under the names of senior lecturers Christophe Doche, Michael Hitchens, Rolf Schwitter and associate professors Anthony Sloane and Dominic Verity to students in the Faculty of Science (which the Department of Computing sits within) shortly after midday yesteday.

In it, the academics warned several teaching positions were slated to be cut by the university in the faculty, including two alone in their computing department.

As a result, the quintet claimed, a number of subjects dealing with fundamental computer science concepts, knowledge systems, computer graphics and operating systems would be “rested” in 2011. In addition, students would get less time in general with teaching staff. “For certain subjects, we will have no choice but to offer less face-to-face hours to students,” they wrote.

A spokesperson for Macquarie University has not yet responded to a request for comment on the issue, however, in a statement issued on 7 December, the university said it remained committed to negotiating fair pay and conditions for all staff.

At the time, the university highlighted the fact that it had come to an agreement with the Community and Public Sector Union, which also has members on its campus.

“Despite being democratically supported by a majority of professional staff who voted on it, the NTEU has decided — for its own reasons — to oppose the approval of the agreement between the University and the CPSU by Fair Work Australia and delay the passing on of benefits to staff,” the university wrote, adding that it had reached agreement on some items in its bargaining with the NTEU, and was offering a 4 percent annual salary increase for academics — which it said was in line with what staff at other universities had accepted.

However, it didn’t appear in the email to students that the Department of Computing academics were happy with the progress of the bargaining.

The seriousness of the issue has resulted, the academics claimed, in a delay in some student grades being distributed after the recent end of the university’s semester, as part of a general protest being held by the National Tertiary Education Union, which represents academics and related staff in universities and other institutions.

The NTEU’s web site states that around 150 of its members have imposed bans on transmitting exam results at Macquarie University and the University of NSW, in protest against the inability of the union to reach a collective enterprise agreement with the two universities.

In the email, the Computing academics claimed their conditions had become “worse over the years”.

“Our workloads continue to increase, the security of our jobs is threatened and so is the quality of the education we can provide,” they wrote. “This situation sheds a gloomy light on the current negotiations around the Entreprise Agreement. For 18 months, staffs have been attempting to negotiate with University’s management to improve working conditions so that we enjoy the same conditions as people at other universities.”

“Unfortunately, to date University’s management have consistently refused to negotiate in good faith on the key issues of job security and pay. While 30 other universities have updated their agreements, management at Macquarie have refused to do so.”

At least one bottleneck has been broken, however — the academics noted in their email that as a sign of their willingness to resume negotiations, they had released all students’ results to be processed.