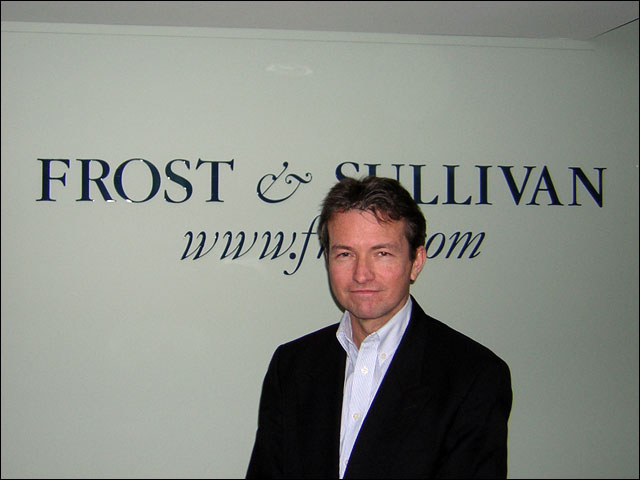 Mark Dougan is A/NZ managing director of Frost & Sullivan, a global analyst and consulting company focused on the ICT industry which has a staff of seventeen in Australia and New Zealand. And he’s been around for a while — reminiscing in this Friday Five profile about the good old days of communicating via telex.

My first full-time job was as a graduate trainee in Baker Perkins, a UK-based engineering company manufacturing heavy equipment for the printing industry. It was a traditional engineering company and as a non-engineer I initially felt like a fish out of water. This was back in the mid-1980’s and it is hard to remember but back then we communicated internationally via telex.

Fax machines were just being introduced and if you wanted to communicate internally you hand wrote a memo and gave it to someone in the typing pool to type, before it was put in the internal mail. We were still a few years away from usage of mobile phones (or car phones as they were called to start with) and so when people were out of the office they were pretty much uncontactable. Technology has revolutionised the way we work since then. In fact, its hard to understand how we ever got anything done back in those days.

The industry in Australia is broad and large enough to provide plenty of scope for us to cover. There are plenty of good companies and many interesting developments in areas like cloud computing, digital media, sustainable IT, telecommunications and so on. At the same time as a country of 22 million people the industry is manageable. We feel we can maintain a reasonable handle on what is happening across the ICT landscape in Australia.

I like to keep fit and use the gym regularly as well as jogging on many of the beautiful routes near my home around the harbour. After that I like to put back on the calories I just lost with a glass or two of Chardonnay.

We see that most of the ICT landscape in Australia is dominated by overseas-based companies, and in most cases all they have in Australia is a local sales and marketing operation. Increasingly, we are seeing major decision-making and budgets being deployed from regional head offices in Singapore or Hong Kong.

We recently hosted a delegation of small ICT companies from Singapore looking to set up in Australia but the taxation rates and lack of specific benefits provided by state and federal governments seem to be discouraging many of them.

We need to do more to get some of these companies to set up regional head offices for the Asia Pacific region in Australia because otherwise I see a continued to shift of decision-making and budgetary authority to competing countries in Asia.

After working at Baker Perkins I went into the consultancy industry with PA Consulting. The company was turned round by a new CEO called Jon Moynihan who introduced some fairly obvious principles for success in any people-based business — 1. Recruit good people; 2. Create a system that significantly incentivises them to perform and 3. Let them get on it with as little interference as possible. Sounds easy but quite hard to do in practice, and there are not many firms I know that have got the formula right.