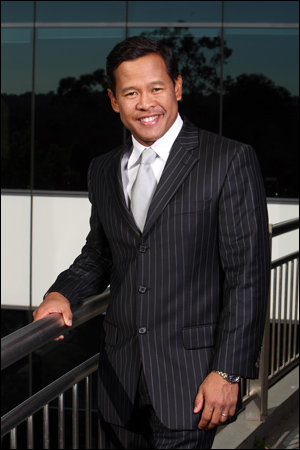 Dino Soepono is Citrix’s regional manager, Asia-Pacific, server virtualisation and cloud computing for Citrix Systems. But we’re fairly sure that’s not his main job — with four boys under the age of eight, he’s got his hands full outside of hours. That’s why this year he was nominated for Father of the Year. Dino’s this week’s guest for the Friday Five.

My very first job was at the age of twelve as a dog walker in Bondi for my neighbour. It started out as a favour but word on the street got out and went from one dog per week ($5) to more than ten dogs per week ($50). Although the money wasn’t a lot, it taught me some key lessons in being responsible and the value of money. My first job out of university was as a programmer, writing COBOL programs for IBM Token Ring systems.

The Australian technology industry tends to adopt new technologies at a faster rate than other countries which makes it an exciting industry to work in. Areas such as virtualisation has a very high adoption rate in Australia and working with emerging technologies such as cloud computing make it far more interesting.

I have four boys under the age of eight, so my hobbies have transformed to activities which involve a lot of outdoor sports. I am a rugby coach for an under 6’s, 7’s and 8’s rugby union team during the winter as well as a nippers age manager (coach) for my youngest during the summer.

I was fortunate enough to work in Santa Clara in Silicon Valley for a number of years, working with some great people. The first person who comes to mind was one of my one former managers, Sajeena Warrior. She led by example and instilled some key values such as loyalty and respect.