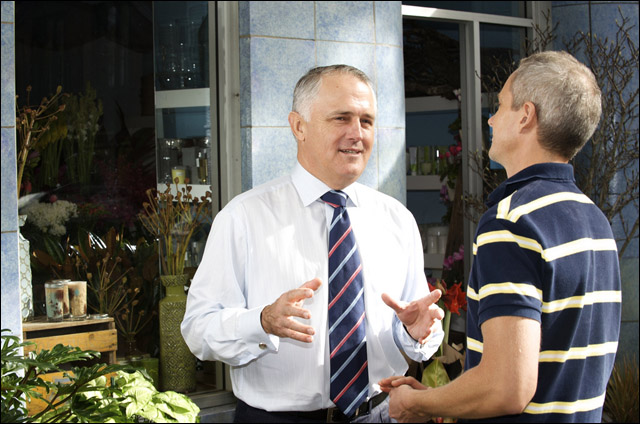 Shadow Communications Minister Malcolm Turnbull yesterday said the Coalition would oppose parts of Labor’s controversial legislation to restructure the telecommunicatons sector and break up Telstra – but would welcome other sections that it found logical.

The bill – re-introduced to parliament yesterday — provides for the long-awaited structural separation of Telstra’s retail arm from the rest of the company, but has been amended to reflect the agreement between Telstra and NBN Co on how the telco will transition its customers onto the National Broadband Network as the fibre is rolled out around Australia.

In addition, the legislation, according to Labor, will strengthen the regulatory access regime to provide more certainty to telcos, streamline the anti-competitive conduct regime, and strengthen consumer safeguards such as the Universal Service Obligation and the Customer Services Guarantee.

“The Coalition welcomes any policy proposals that genuinely increase competition in telecommunications and promote the interests of Australian consumers,” said Turnbull yesterday in a statement, noting the Coalition would carefully consider the 204-page Telecommunications Legislation Amendment (Competition and Consumer Safeguards) Bill 2010 in this context.

Turnbull said the Coalition would support the parts of the legislation which outlined:

However, it would oppose those parts of the legislation which would force Telstra to separate its operations by promising to withhold access to wireless spectrum assets which Telstra would need to develop its Next G mobile broadband network.

The Coalition has recently softened its stance that the separation of Telstra was the wrong path to take, and Turnbull yesterday said he believed the telco was already at the table and ready to talk about the issue. But the Liberal stalwart said there was no reason to link the two issues.

“I believe, and I always have believed for many years, long before I came into parliament, that there was a very strong commercial case for Telstra to structurally separate its network,” Turnbull told journalists in Canberra yesterday. “But what we do object to is the Government holding a gun to Telstra’s head – or indeed, any company’s head – and saying, ‘we will use our power to stop you from bidding for wireless spectrum unless you do what we want’.”

Furthermore, Turnbull said the Coalition wanted to ensure that any additional regulatory powers granted to the Australian Competition and Consumer Commission – which this morning opened another front in its decade-long battle with Telstra – were subject to “appropriate checks and balances”, with the need to maintain procedural fairness.

Above all, Turnbull said the Coalition would reserve the right to move amendments to the legislation in the Senate “The Coalition will respond in detail to other clauses of the revised bill related to the separation of Telstra and the proposed NBN Co/Telstra deal after further consideration,” he said.

Conroy fires back
But Communications Minister Stephen Conroy yesterday stepped up the attack on the Coalition, pointing out that it had changed its tune on separation and demanding Turnbull come clean. ““Malcolm Turnbull needs to explain if this is his policy, or Coalition policy,” Conroy said.

“Further to that, if the structural separation of Telstra is in fact Coalition policy then they need to support the legislation to give certainty to Telstra shareholders, promote competition in the sector and ensure the efficient rollout of the National Broadband Network.”

And Conroy claimed that the Coalition was simply seeking to delay the NBN. “Every day these reforms are delayed, is another day that Australians are more for second-class broadband services,” Senator Conroy said.

However, Turnbull pointed out the NBN was already being constructed and would go ahead regardless of the state of the legislation. “The fact that these bills have not been passed is not stopping us from going ahead with the construction of the NBN. It’s being built now,” he said.