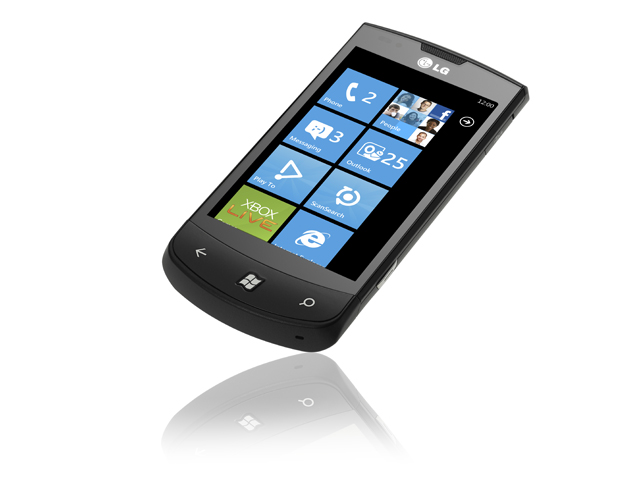 Three major handset manufacturers this morning revealed plans to release new devices based on Microsoft’s next-generation Windows Phone 7 handsets into the Australian market over the next few months through partnerships with Telstra, Optus and Vodafone.

Overnight, Microsoft supreme Steve Ballmer fully revealed the new Microsoft mobile platform for the first time. But Australian consumers had to wait until an event in Sydney this morning to find out what exactly they could buy and when.

At the event, HTC announced it would launch its HTC 7 Mozart device with a 3.7″ display, 8 megapixel camera and 8GB internal memory on Telstra’s Next G network from October 21 for zero dollars upfront on a 24-month plan for $49 a month. HTC also announced another handset will be launched in January next year — the HTC HD 7.

The HTC 7 Trophy will be available through Vodafone’s network this year, although details are scant on the launch so far.

LG also announced a second handset on Telstra’s network — the LG Optimus 7Q. The device comes with a full QWERTY keyboard and will launch in November on a $0 upfront $129 cap plan with unlimited national calls, SMS and MMS with 3GB data per month on a 24 month contract.

The handset is available for business customers on the $79 Business Mobile Cap Plan that includes $750 worth of standard voice, video, text and MMS “to any Australian network” and 500 MB of data per month. Customers will receive a bonus 500MB per month if signed before November 30. A range of Telstra Enterprise and Government plans are also available for the LG 7Q.

A Telstra spokesperson confirmed that the handsets will be available to buy outright and unlocked, however further information could not be provided at the time.

“With Windows Phone 7 we have redesigned the smartphone. The focus is on people and what we do every day — the friends we connect with, the games we play and the way we interact with each other — making every-day tasks easier and faster,” said Tracey Fellows, managing director, Microsoft Australia, who appeared to place a focus on Telstra’s partnership with Microsoft on the new handsets.