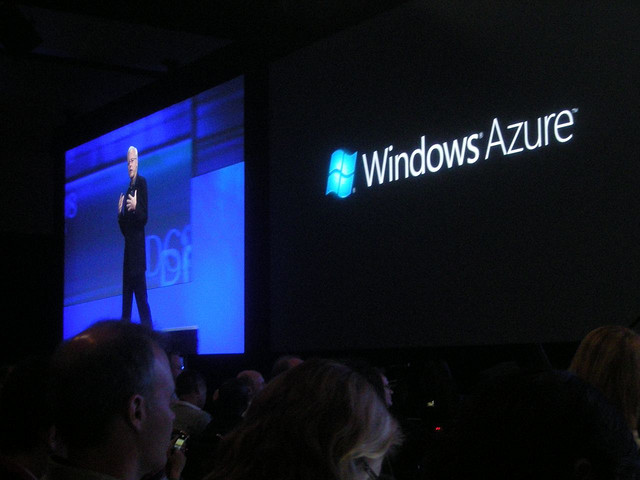 Australian investor services giant Computershare this week revealed that it had rebuilt its most highly trafficked sites on Microsoft’s Azure cloud computing platform, sending them live in the first week of August.

Speaking at Microsoft’s Tech.Ed conference on the Gold Coast this week, Computershare architect Peter Reid explained the company’s online investor services to corporations were quite seasonal and “spikey” because of the nature of financial reporting.

“What we did was had a look at some of the worst-performing applications on our website — that we buy a lot of hardware for,” Reid said. “We had a look at those sites as the primary candidates to putting to Azure.” Reid and his team then rebuilt and re-targeted the “spikey” short run events in Azure.

The company immediately saw several benefits from moving to Microsoft’s cloud computing platform, the first being that it no longer needed to keep extra hardware provisioned for its high traffic events.

“The other one is that we would like to protect our normal business — traditional employee and investor side business from these unusual events,” said Reid. Previously, the “spikey” applications had affected all of the other services running on the same software.

Reid said that he did not look at other hosting options because the team already had the tools and knowledge to go forward. “We had the application written in .NET, we already had the skills base of the development staff on .NET,” he said.

“We were kind of guided through the process by the Azure TAP guys,” Reid said. Computershare touched base with the Azure experts at least once a week with a phone call. But no real re-education of the Computershare developers was needed, given they had a lot of the .NET knowledge already.

One other benefit Reid touched on was scalability. “We were really interested in looking at the the flexible deployment side of the Azure framework,” he said. “So the ability to scale up and scale down automatically without having to touch it.”

Reid said that other cloud computing options didn’t have Azure’s abilities in this area. “Ssome of the other providers — where you have infrastructure as a service with [virtual machines] in the cloud — didn’t give us that flexible ability to spin up extra web servers on demand and spin them back down as we needed,” he said.

The GFC
One of the main motivations for the switch was also the changing nature of the financial sector. In 2007 and 2008 Computershare had some load issues due to a lot of initial public offering launches coming in from Hong Kong. But then everything changed due to the GFC — the IPOs dried up.

However, Reid’s team noticed early this year that the market was getting set to ramp up again — and they knew they would have another big season on their doorstep very soon. “We knew it was imminent, that we were going to have these big IPOs coming on board,” the architect said. “We just got the application Azure two weeks before we had to go live the first time.”

Reid stated that the data centres for the project were located in South East Asia — whereas normally they would use their Brisbane and Melbourne facilities. This location worked out being better for the Hong Kong listings. And the cheaper processing architecture also drove savings.

There was only one pressing issue that Computershare came up against — the ability to monitor the infrastructure.

“They really wanted to know how they were going to monitor this application in the cloud,” said Reid. Not all the needed tools were available out of the box, so there was a bit of work to do in that area, with some tools needing to be built in-house.

In terms of the future, Reid said Computershare was currently looking at all of its applications and working out which ones it would make sense to run in the cloud. Computershare is also looking a content management system, an edge network and caching technology.

“So if you go to our website, we send you the page and the images out of our datacentre,” said Reid of the current situation, noting Computershare wanted to shift to a system where a browser’s closest local datacentre would actually serve the traffic.

One last aspect of the project which Reid highlighted as being important was that of its impact on the environemnt,

“Its important for us to deliver our website in the most efficient way we can,” he said. “Running these kind of servers all year round wasting energy is adding to our carbon foot print and one thing we would like to do is wipe those loads and turn off the servers as soon as we can can so we don’t end up killing the environment unnecessarily by running idle machines that are not doing anything.”

However, the architect has not estimated how much the Azure project has reduced the company’s carbon footprint.

“We don’t have any figures of how much carbon we are burning at the moment but it is certainly something I want to do,” he said.