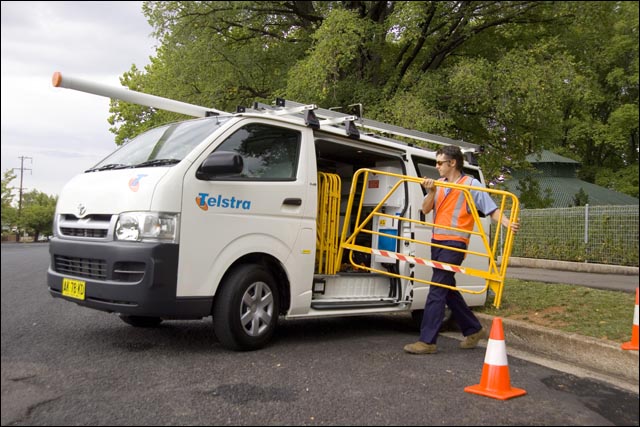 The Federal Court today hit Telstra with a $18.55 million fine for denying rivals access to its telecommunications exchanges in the period between 2006 to 2008.

Companies like Optus, iiNet and Internode need access to Telstra exchanges around the nation to install their own ADSL broadband infrastructure. However, rivals have long complained that it took them unreasonable lengths of time to gain access to Telstra’s facilities — limiting their ability to compete in the broadband market.

Allowing access to its facilities is a part of Telstra’s carrier licence — but this morning, according to a statement issued by the competition regulator, the Federal Court found Telstra had breached those conditions.

The Federal Court’s Justice Middleton said this morning that Telstra admitted it had broken the law, according to a statement issued by the Australian Competition and Consumer Commission (ACCC), but Middleton said Telstra showed “no true remorse” for its conduct, “nor an appreciation of the seriousness of the admitted contravention”.

“Since the start of the case, we have acknowledged that mistakes were made,” said a Telstra spokesperson in response. “We accept the judgment which has been handed down. We will not be appealing.”

They added that since the events occurred, Telstra had taken proactive steps to improve its processes through which rivals gain access to exchanges, and more generally, its level of service to its wholesale customers.

“We have learned a lot as a result of this process and like many changes at Telstra, we are endeavouring to improve our performance,” they said. “We cooperated with the ACCC on its investigation and implemented improved monitoring, processes and training. As a result, no new exchanges have been capped since April 2008.”

The ACCC had requested a $40 million fine, but Telstra wanted something more in the order of $3 to $5 million. The Federal Court’s actual fine was $26.5 million, but Telstra was awarded a 30 percent discount for cooperation, accepting its responsibility, and for implementing a compliance program.

In this case, the conduct occurred during a critical time of DSL based broadband growth. Telstra had both the incentive, and the ability, to prevent access seekers from deploying their own equipment,” ACCC chairman Graeme Samuel said.

“The ACCC will continue to vigorously pursue high penalties against corporations that break the law.”