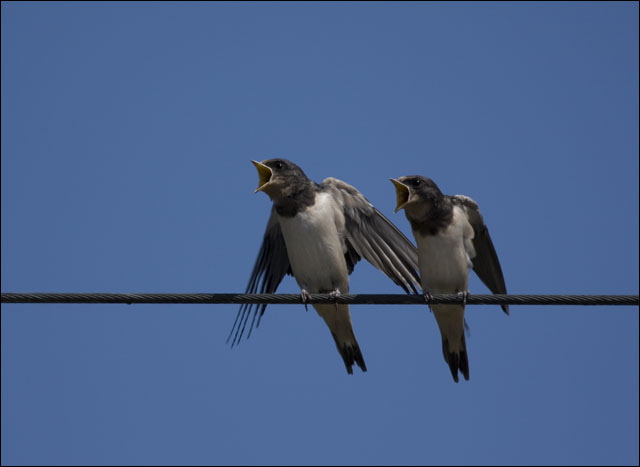 opinion Now that the phoney war has ended and the real Federal Election is in full swing, mainstream media and blogs are debating if this will be the ‘Twitter election’ or some other flavour of social media revolution. I argue that it will be, but not the way the pundits are postulating.

The major parties are simply using Twitter as another broadcast stream — promoting the traditional political process as if social media is another press release mechanism. While both Julia Gillard (@JuliaGillard) and Tony Abbott (@TonyAbbottMHR) are using Twitter, they are not using it to truly engage with the social media audience.

Where Twitter is being used well in the election, however, is with coverage of the events by journalists. At the coalface, people Latika Bourke, Ben Packham and Alison Rehn, and in the back lines with Leigh Sales, David Koch, Annabel Crabb, and the doyen of the press gallery — Laurie Oakes — have revolutionised election coverage for the better.

Let me break it down a bit. A politician these days needs to come up with some short points that grab the attention of the press gallery. Because news resources are traditionally finite, there is always competition to get the best quote or “sound bite” onto the nightly news or news column. A newspaper has a limited page count allocated to each part of the news, and TV/radio has limited air time to show a news report.

However, the press gallery following politicians now has social media. In a matter of seconds, a journalist can tweet quick messages right through the middle of a political speech or set piece event. What we are seeing is the raw notes of an event in real time that can be sorted, shared and analysed. What’s more, beat journalists can also supply commentary, complaints and issues — information usually ignored by mainstream media.

Secondly, the press gallery is using social media to cross ownership and location boundaries. It is not uncommon for a News Corp journalist to reference an ABC web article, or a Channel 9 commentator to comment on a 2GB interview. Social media is providing a back channel information and data stream that is easy to manage and keep abreast of.

Thirdly, it is very easy to consolidate data and information onto an easy to access channel. Since the original #spill hashtag from the Turnbull leadership spills, the press gallery has used hashtags in a smart and effective way. When rumours started that the Prime Minister was going to call the election, #ausvotes and #aus2010 were quickly adopted as Twitter channels for election tweets. #mofo was also created, but this was in response to Julia Gillard repeating the phrase “Moving Forward” ad nausium.

Fourthly, the social media audience is fully engaged. Information is shared between the audience and the press gallery. News items, quotes or jokes are promoted via retweets. Commentary by those not in the press gallery gallery is shared via blog posts, web pages and Twitter. Journos and commentators are responding to questions from the audience.

Fifthly, there are no barriers to entry. If you are following an election hashtag, it does not matter if you are a high-profile comedian, a 10-year-old kid or even a parody of a sitting parliamentarian (like @fakefielding or @pennywong). Anyone can join in the discussion.

The weakness of this is apparent. To have a person follow the leaders and players of the election requires resources. You can do it yourself if you have the time, resources and commitment. However, it still requires a large amount of money and organisation to follow the election, and this is where mainstream media trumps social media. The Twitter election is being funded, in part, by big media paying airfares, expenses and wages of the press gallery.

So we are seeing a revolution, but not of the election process. It is a revolution of the way the process is being viewed and analysed, and it is what the people promoting the social media revolution promise. However, it is still being funded by big media.

Darryl Adams is a government worker and internet tragic. A former IT worker, he still pines for the days of IBM keyboards that go CRUNCH and the glow of green screens. He can be found on on Twitter or on Facebook. Check out his site oz-e-books.com for more articles about e-book readers, retailers, formats and news (or will have when Darryl can be drawn away from reading Delimiter).

The views expressed here do not reflect the views of his employer, the ATO.