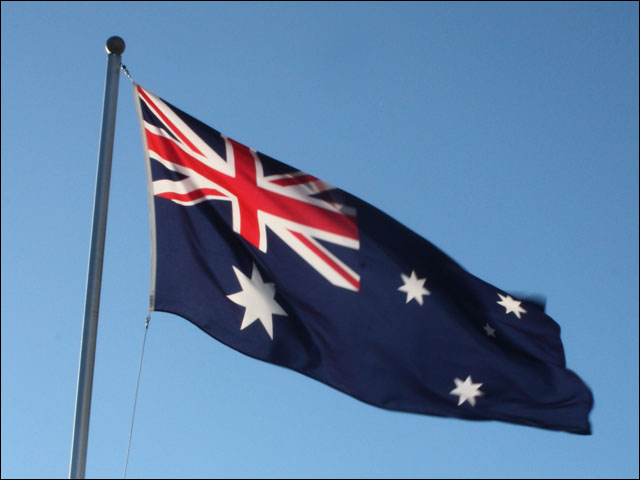 opinion Yesterday I was roundly slammed by Australia’s technology startup community for my contrarian view on what I saw as the risk that local software house Atlassian might lose its Australian identity through the process of US listing kicked off by taking a US$60 million round of funding from US-based venture capital firm Accel Partners.

The result was what I would like to describe as a ‘robust’ debate which lasted well into the night and is continuing this morning.

The broad consensus of Australia’s tech startup elite is clearly that the Accel Partners investment was not only the best option for the company (as it allowed Atlassian to gain access to expertise which many people believe it would not have been able to achieve in Australia), but that going offshore for investment was Atlassian’s only option, with Australia’s finance community being broadly unwilling to come to the party for local technology companies.

I applaud the passion with which this view has been put forth, as it matches my own level of passion for Australia’s technology sector. And I will admit that the fact that this view appears to be universally held within the startup sector has forced me to question my own assumptions.

Furthermore, as many have pointed out, the timing of my article and its focus could have been better. Not only did I pick the wrong day — a day in which Atlassian was celebrating its accomplishments — to analyse its situation, I picked the wrong target. Few have done more to support the cause of the Australian technology sector and I applaud Atlassian’s work there.

I apologise for these things.

But for me the vehemence of the community reaction to my views raised still bigger questions, and I think it’s worth continuing the discussion.

The big question which has come out of this debate is — how should Australia go about creating a great technology startup community that will lead to our great country becoming known as a hotbed of technology innovation as Silicon Valley curently is? And how do we take these companies to the next level?

If you accept the argument that is clearly the dominant view of Atlassian’s situation, the company was unable to source the expertise and finance in Australia that it needed to get to the next level as a budding global powerhouse.

What this implies about Australia’s technology sector is staggering.

Firstly, as Sean Kaye pointed out yesterday, Australia is not fundamentally lacking in money that could be invested in great Australian startups. For starters, there is billions and billions of dollars socketed away under management in super funds that usually just sits there. Australians love to invest — just look at the amount of self-managed super funds out there.

It’s not too great a stretch to think that some of Australia’s mammoth super funds could plough a fraction of a percent of their funds under management into early stage growth opportunities.

We also have a large number of newly made millionaires from sectors such as the mining industry who could potentially act as a source of independent capital. And this is truly a sector which understands a great deal about rapid growth and the high levels of risk associated with it. It really has been ‘the Wild West’ in Western Australia over the past few years — and also, to a certain extent — in Queensland.

But the situation as it appears at the moment is that there is a knowledge gap between where those funds are and the technology sector that is cruelling their ability to get together. In short, Australia’s investment community doesn’t understand technology startups or even mid-sized technology firms with recurring revenues such as Atlassian.

The second problem relates to the quality of advice and support that people feel Atlassian will receive from Accel Partners.

Over the past seven years I’ve interviewed hundreds and hundreds of people in Australia’s technology and finance sectors, and come across some pretty smart cookies in the process. People who have not only built businesses up from the ground several times, but successfully transitioned them into becoming large companies.

I’ve spoken with people who have expertise in a whole range of fields — multidisciplinarians who have worked for the world’s technology powerhouses and then turned around and been successful at companies in completely different sectors.

My critics are right when they say that Accel Partners has some fairly unique experiences as a VC firm. How many other advisors are there out there that has advised Facebook at an early stage of its development, not to mention a handful of other high-profile technology startups?

But for me this raises a bigger issue. How do we grow the level of expertise that Australia’s technology sector has, to the extent that a company like Atlassian would not have to go offshore in order to source that advice? And how do we keep these types of advisors interested in the Australian market?

In short, Accel Partners has offices in Silicon Valley, London, China and India. If this is truly a company with a unique level of expertise, how do we convince Accel and others of its ilk to set up shop in Sydney, Melbourne — even Brisbane? Or alternatively, how do we take our current level of technology sector advice and transition it to a level where our local advisors are rivalling firms like Accel Partners in terms of the services they can provide?

One strong argument advanced yesterday was what that a strong Australian startup environment could naturally be created if enough Australian entrepreneurs achieved their ‘liquidity event’. For example, if Atlassian listed in the US, enough of its staff could be made independently wealthy through that process that a new crop of cashed-up investors and entrepreneurs — with that critical level of understanding of technology — could be unleashed upon the Australian market and create a wave of other companies.

Some of these new companies would have their own liquidity events and go on to create more seeds of innovation, and so on.

Australia’s technology startup community has already seen this sort of behaviour to a certain extent. MYOB founder Craig Winkler is an investor in New Zealand software as a service firm Xero, for example. Wotif.com founder Graeme Wood invested in Wotnews after Wotif.com’s liquidity event of listing on the ASX. And there are plenty more examples where this is coming from.

I think that is certainly one aspect of a total solution. But this behaviour has been happening — to a certain extent — in Australia’s technology sector already for the past seven years that I have been reporting on it. My concern is that this trend may happen too slowly to show a really noticeable impact on the sector.

So what will it take to get this right? Government intervention? A stronger community that supports itself better? A range of options are debated by Elias Bizannes in his Silicon Beach LifeGuard paper, which is valuable reading on the subject.

To recap, my two questions thus far are:

My last question is one of scale.

A number of people raised yesterday the idea that Atlassian has to necessarily focus on foreign markets to gain customers that will allow it to scale its business up to the level where it is considered a major software house globally. Of course this is right — with just 22 million people, Atlassian would be foolish to only sell its global product to the local market.

But my question is a subtler one.

A number of international countries are known for housing strong technology companies that are headquartered in their home country, listed on their local stock exchange but have operations all around the globe. SAP in Germany is one example, but there are plenty of others — Alcatel-Lucent in France, Ericsson in Sweden, Research in Motion in Canada and so on.

How do we create an environment where Australian technology startups can not only grow, but grow large and maintain their Australian roots, so that the whole of Australia’s economy benefits from their operations, and we become known as a home for technology in the same way as other economies like Israel and California area? I stated yesterday, and I still think it’s a worthwhile aim, that in the long term it would be great if the ASX could come to be known as a home for great technology companies to list.

If we had a few large, dominant technology powerhouses that were home-grown and listed on the ASX, that could be an amazing force to change the way investors and the whole Australian economy thinks about the technology sector. And it could even influence our education system. So how should Australia create an environment where large companies can feel comfortable running their dominant global empires from Sydney or Melbourne?

I have ideas, but I definitely don’t have all the answers on this one. But if we can get a consensus about a solution as strong as the one that existed yesterday in reaction to my initial piece on Atlassian’s situation, that might be a starting point to take Australia forward and help it to become a real technology powerhouse.

And that’s something we would all like to see.