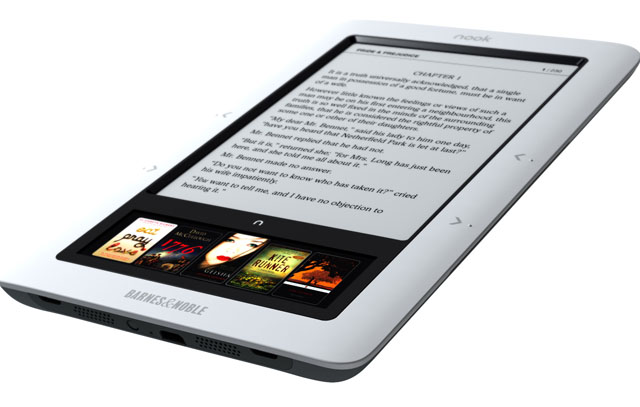 opinion News that there is a price drop for the Amazon Kindle and Barnes & Noble Nook has done the rounds with the tech pundits and Twitterverse. But we Aussies need to ask, is the price war good for us?

First off the rank was a price drop with the B&N Nook. It was announced that a price cut would affect both the Wi-Fi and 3G version of the Nook, with the Wi-Fi version to go for US$149 and the 3G for US$199). This translates to Australian prices of $171.30 and $228.79 respectively.

The Nook is a hybrid machine, with a traditional e-ink display plus a LED touch screen. This allows a full QWERTY keyboard and a cover flow-like interface for book covers. The LED screen would also solve one of the flaws in e-ink technology — namely, slow refresh time.

However, the Barnes & Noble eBook store only operates in the US and Canada. There are ways around this — the obvious way is using a proxy or VPN to spoof the zone detection of the store. Obviously the 3G version would also be a problem for Australian customers as it is with AT&T (a company that tries to be as evil as Telstra but with worse coverage).

Next in line was Amazon announcing a drop of the Kindle to US$189 (. Now the Kindle can order books from any country, however, the range of titles is still restricted for Australian users compared to US customers. The 3G is global, with the cost of the service built into the price of each book; however, each region would need an AT&T agreement for the device to be used effectively.

However, the Kindle is also a platform, so reader software can be found for PCs, iPhones, iPads and Android phones. Consequently, ownership of a Kindle is not needed to use the Amazon eBook store.

Comparing the price of the two platforms with the locally available Kobo in Australian dollars, the Kobo (which must be connected by USB cable or Bluetooth) goes for AU$199, compared with equivalent prices of AU$218 for the 3G Kindle and AU$171.30 and Au$228.79 for the Wi-Fi and 3G versions of the Nook.

Both the Nook and Kindle are compelling eBook readers. The Kindle is only $18 more than the Kobo and has 3G (Amazon calls it Whispernet) built into the service, which delivers the ability to purchase books on the device (unlike the Kobo worldwide and the Nook in Australia). The Wi-Fi Nook is cheaper than the Kobo, but cannot be used to buy books without major network-fu of the user.

Techcrunch has suggested that the price drop in the US is to combat the currently available iPad and the pending release of other tablets using Android and possibly WebOS (from HP). Since the iTunes Book store has not been officially introduced in Australia and the eBook market in Australia is in an infant state compared with the US, it is hard to imagine such a price war occurring in the foreseeable future.

So, what is the benefit of the price war for Australians? Apart from cheaper prices of the hardware, there is no noticeable benefit for Australia.

If you have a collection of eBooks, and don’t need an online store, the Nook is hard to beat. If you want on-demand book ordering, the Kindle is the only device that will meet that demand at the moment. However, as weak as the Borders online store is, it is the only one that has a real presence in Australia, and hopefully with some new agreements, will have more content than Amazon and the impending iBookstore available for Australians.