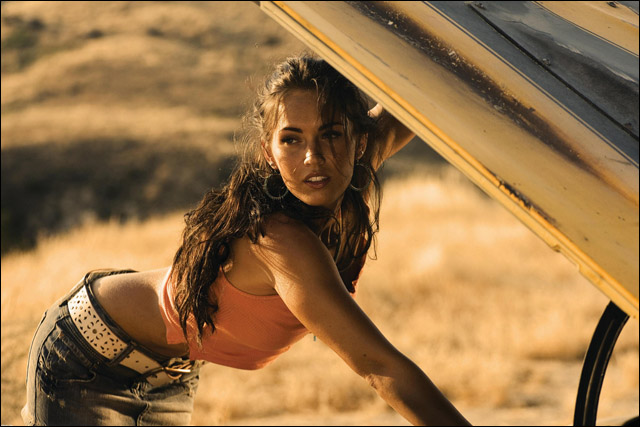 opinion As I watched the Government’s new sickly-sweet TV advertisements released this weekend to promote its National Broadband Network project, I couldn’t help but feel as though I was being pleasurably lobotomised.

You can view the ads online here, and I encourage you to do so — they only run for a minute or thirty seconds each, and it’s worth it to get an idea of how the Government will pitch its $43 billion NBN project to the public in the run-up to the incoming Federal election.

An optimistic jingle kicks off the flagship advertisement as the camera angle shifts perspective fairly rapidly from a point high above Australia, implying that technology breakthroughs will lead us to a glorious future expanding beyond the Earth into space.

The ‘feel-good’ moments as the camera zooms through a school, medical facilities and then to a small business are palpable. People smile broadly at each other (actually, the little blonde girl in the school smiles a little too much, almost as if she is on the happy drugs), and the whole advertisement uses both bright colours and filters to make every edge less sharp and lighten every shadow.

The music, along with our hearts, swells to a happy conclusion as the audiences realises that the National Broadband Network will solve all of Australia’s problems forever and that joyous kittens are smiling at us. “It’ll boost our economy and touch our lives, from the way we work, to the way we play, and in ways we’ve only dreamed of,” says the male presenter, in a warm, almost fatherly voice that wouldn’t be out of place playing Prince Charming in Sleeping Beauty.

However I couldn’t help but feel as if the whole advertisement was one great big fat glossing over of the truth.

Right from its earliest days, the internet has served as much more than a tool for business, education and medical outcomes, and arguably, these outcomes are among the minority uses of the internet today. The construction of the NBN is aimed at massively boosting the bandwidth and latency of broadband to Australians. But that bandwidth will not — in the main — be used for the sorts of outcomes that the NBN ads imply.

Odds are that most of the NBN’s bandwidth will go straight towards delivering various forms of entertainment. No doubt at least 50 percent of its bandwidth will at least initially be used to facilitate peer to peer file sharing through platforms like BitTorrent, eMule and so on.

We hope the Pirate Bay’s infrastructure will be able to cope as Australia’s P2P use — already one of the world’s highest per capita — skyrockets.

Of course, online use of pornography will also rise as viewers switch from looking at dirty images or even streaming downloads to full high-definition video on demand pornography in 1080p.

We’re sure that a number of enterprising Australians will even take advantage of the higher upload speeds allowed by the NBN to set up adult studios in Australia to stream pornography to the world. Perhaps this could become a thriving new business opportunity for the NBN early adopters in rural Tasmania.

Then, of course, there are the gamers. When the Xbox 720 and the PlayStation 4 (or whatever they will be called) finally come out and integrate features like 3D video, full body motion control and support for multiplayer games between many thousands of participants, Australians will be some of the foremost players due to our — by then — excellent NBN-delivered ping times.

And of course all of the ISPs (some, like Telstra and iiNet, are already starting to) will offer their own streaming HD video on demand and TV platforms to soak up the NBN bandwidth.

Now I want to make sure that people don’t misunderstand what I am saying. The NBN will certainly aid in — as the Government’s ads make clear — delivering telemedicine, remote education and business outcomes.

But that is not what it will mainly be used for. The great bonanza of bandwidth about to be foisted onto Australians will primarily be used to deliver many forms of entertainment to a nation whose daily life at times appears mainly composed of a subtle modern form of hedonism.

With this in mind, perhaps a new series of ads could be commissioned to reflect the reality of the situation.

The first advertisement would run on Saturday mornings — just as gamers are settling in for a weekend of Halo 3 — and feature Sony’s Kevin Butler informing gamers that they’re little pansy boys and will get their ass kicked on Modern Warfare if they don’t sign up for the NBN. Perhaps something like this:

The second advertisement would run only after 9PM and feature Megan Fox reclining on a suspiciously Autobot-shaped hotrod wearing something outrageously skimpy. Then Zac Efron could enter frame wearing a ripped-up t-shirt. Together they would share an epic kiss and then, turning to the camera, inform the audience that thee rest of the scene would only be viewable in HD to NBN subscribers.

You get the picture — the NBN ads should reflect the reality of what the technology will be used for — and things that Australians will actually care about.

Image credit: Image taken by nicogenin, Creative Commons (it is believed that limited use of this image from the movie Transformers is permitted under the Fair Use doctrine)