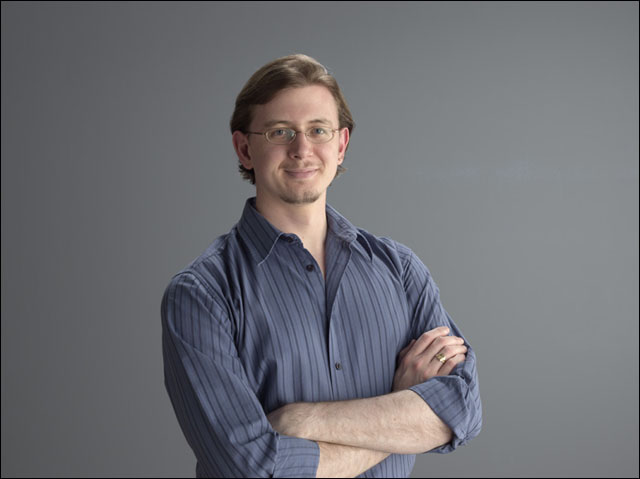 James Bannan (@jamesbannan on Twitter) has had a diverse career. He has worked for some time as the information services officer — Network at St Leonard’s College in Melbourne. We interviewed him about the college’s rollout of Windows 7 here. But he’s also worked as a technology journalist, handing in articles for APC, ZDNet Australia and more. This week he’s our guest on the Friday Five.

The first job I ever had was a holiday job working as a courier for a legal firm in Melbourne while I was still at school. My first “proper” job in the IT industry was a contracting role with LeasePlan Australia, where I worked for a few months before moving on to what proved to be a much longer stint at PricewaterhouseCoopers.

The sheer size and diversity of the industry, and how it spans across all other industries as well. I love meeting new people who have technical interests and specialist skills which I could never hope to emulate and often know nothing about, but I always learn something from them.

Until fairly recently I was a competition ballroom dancer which consumed pretty much all my free time. Since retiring from competition I have a whole host of interests like classical music, reading books on science and philosophy, playing squash and the odd bout of FPS or turn-based strategy on the PC. I also love BBC documentaries, podcasts, the occasional big screen movie and heading out for brunch with my wife and daughter.

I think that the concepts of a ‘personal cloud’ for individuals or a ‘private cloud’ for businesses will be a lot more prevalent than it is now. The idea is already with us, with quite a lot of people and businesses moving their IT presence to an externally-hosted platform, but there are still issues and uncertainties surrounding privacy and security, and it’s still quite difficult to make everything you need available online without compromising some aspect of usage or functionality.

I think that the next 5 years will see confidence in online platforms increase, as the legal issues become clearer and as the technology becomes ever more robust, scalable and platform-agnostic. In five years’ time, if I’m right I will look back and claim this as evidence of uncanny foresight and will double my charge rate, and if I’m wrong I’ll cite changed/unforeseen circumstances and the need for flexibility and will pursue a career as a financial advisor (and double my charge rate).

I’m not particularly career-driven, in fact I more or less fell into IT simply because it was what interested me most at the time. I draw inspiration from people who have found success by following their interests rather than chasing success, money or position. I try to immerse myself in the works of gifted writers, thinkers and speakers, because I’m always inspired by people who can communicate their ideas clearly with intellectual rigour, even if I don’t agree with what they say (in fact, especially if I don’t agree).