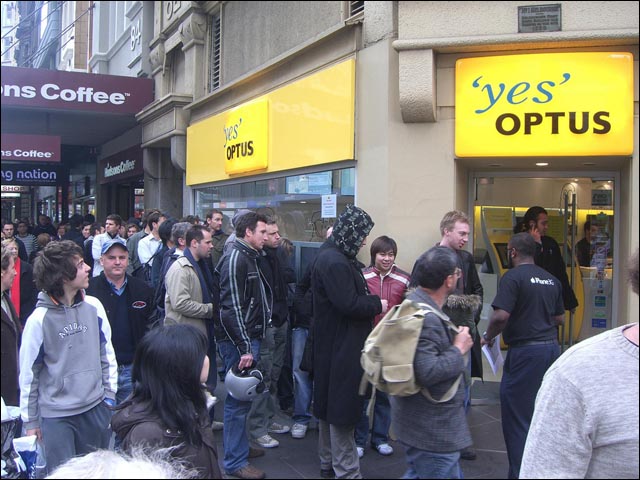 update Australia’s competition regulator has taken Optus for court for using the word “unlimited” in relation to its $70 pre-paid Turbo Max plan, claiming that the phone plan is actually subject to “a number of limitations and restrictions”.

Details of the plan are available online — it offers $70 worth of included credit, and Optus does advertise it as having “unlimited calls to any mobile within Australia”. However, the plan only offered unlimited calls to mobile up to a maximum of 3000 mins. In addition, Optus’ site states the “unlimited” offer only applies to standard personal mobile calls and excludes satellite, premium and international calls and SMS/MMS messages.

Optus also recently launched what it described as an “unlimited” iPad pre-paid plan — despite the fact that those purchasing the plan were not able to use peer to peer applications as part of the unlimited allowance.

“The ACCC also alleges that certain recent television and print advertisements which advertise ‘unlimited’ broadband and ‘unlimited’ calls on Optus broadband and home telephone plans are misleading because the offers are subject to a number of limitations and restrictions,” a statement issued by the regulator late yesterday said.

The ACCC has alleged that Optus’ public claims contravened the Trade Practices Act because they were misleading or deceptive, and has instituted legal proceedings against Optus in the Federal Court, with proceedings to kick off before Justice Middleton in Melbourne on 25 June.

The ACCC is seeking declarations that Optus contravened the Act, as well as injunctions and costs.

An Optus spokesperson said the telco had a different view to the ACCC regarding the use of the word ‘unlimited’ in its advertising. “We believe our advertising is clear, it is not misleading, it complies with all laws and our customers understand it,” the telco said. “The Optus team goes to great lengths to explain the great value customers get with each offer. The information is prominent in our advertising and highlights the features to our customers.”