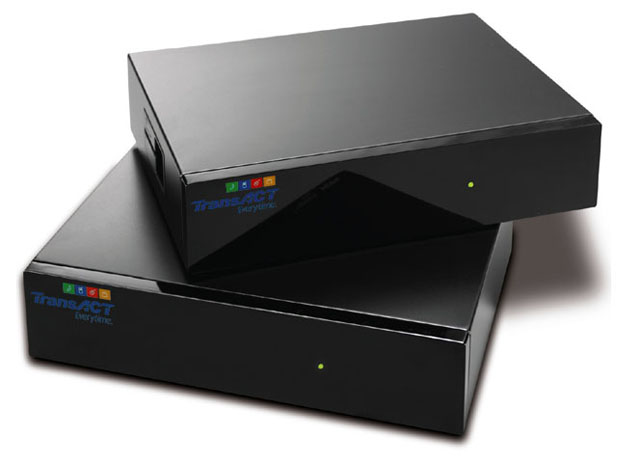 Converged telco TransACT last week soft-launched its new video set-top box into the Australian Capital Territory market, where it has operated its internet video offering for some time alongside fibre and VDSL2 broadband and telephony solutions.

The telco’s general manager of retail, David Parkes, said the box manufactured by Motorola was similar to its second-generation model in that video was not streamed to it over the public internet, but on a separate discrete circuit. But it has a substantial amount of new features compared with the previous model.

“This box has an on-board hard drive,” he said, adding that like Telstra’s new T-Box option, which is set to launch in mid-June, TransACT’s new hardware also has two digital television tuners so that customers could record live and streaming TV.

It has a much more powerful chipset than the previous model, he said, with the included electronic program guide that navigates free to air television and TransACT’s “50-odd” payTV and subscription channels being much faster to operate. The set-top box is capable of delivering standard definition 576p video as well as the 720p and up to 1080i high definition options.

“We’ve got some HD content in the pipe, but we can’t make any announcements yet,” said Parkers in an interview on Tuesday.

The new set-top box will be rolled out to new TransACT customers as their default video option, with existing customers to receive the option of upgrading over the next few weeks heading into July.
TransACT has been providing IPTV in the ACT market for some time. But its upgrade comes as a number of other players are about to make their presence felt.

Microsoft and Sony have recently revealed plans to push more video on demand — including Foxtel, in Microsoft’s case — through their Xbox 360 and PlayStation 3 consoles. And other ISPs such as Telstra, iiNet and Internode (through a FetchTV partnership) are shortly slated to launch ambitious IPTV offerings into the market that will incorporate free to air digital television tuners alongside streaming internet video and on-demand downloads.

Parkes said TransACT considered it important that IPTV be delivered through a separate channel than a customer’s main broadband connection. “With our service, the internet speed isn’t impeded in any way — it’s different from FetchTV and what Telstra is going to put out,” he said. “The last thing you want is someone calling out: ‘Can you turn off the TV so we can download something?’.”