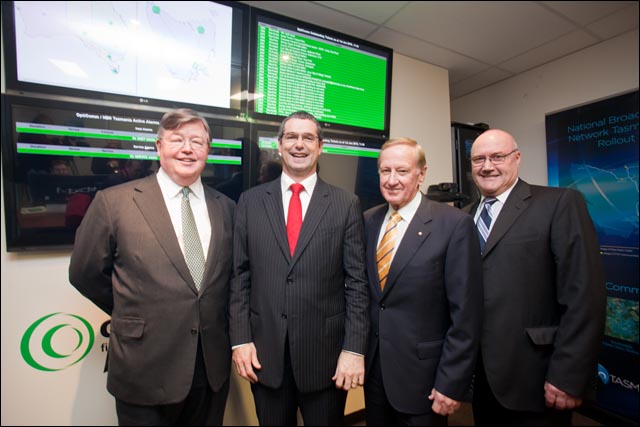 Communications Minister Stephen Conroy today opened the new network operations centre for the National Broadband Network in Tasmania, which will be operated by fibre to the home specialist Opticomm.

Although Exetel has also signed up to provide NBN services, Conroy only noted three ISPs – Primus, Internode and iiNet – that would start to deliver fibre broadband in the state to the early rollout areas of Midway Point, Smithton and Scottsdale.

“Already, the Network Operations Centre has received its first batch of connection orders ahead of services starting next month,” the Minister added.

Conroy said that community NBN briefings in the area had been attended by more than 300 people. “And I am aware that the number of people providing legal consent for NBN Tasmania to run optic fibre to their premises has been encouraging,” he said.