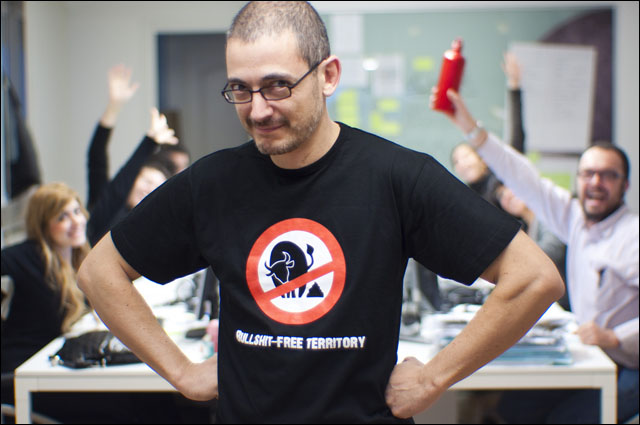 opinion Reading consulting firm KPMG’s first report into Queensland Health’s ongoing payroll disaster today, I felt as though I had been lobotomised and had every sensory organ in my body completely insulated by a smothering layer of cotton wool.

There are plenty of great-sounding words in the report that have clearly been inserted by someone with a high vocabulary. But the only problem is that they don’t make semantic sense when you read them in order. For example, I couldn’t work out what this paragraph really meant:

“Information on defects and systems issues was being captured separately in each of these aforementioned issues logs. It was therefore difficult to form a complete view of the systems issues and this was a major weakness. Whilst work was being undertaken to address issues, this was not being undertaken in an integrated and coordinated way. This therefore impacted on the ability of the team to prioritise activities in these areas and also impacted on communication with stakeholders.”

I could ask a million questions about a paragraph like this. For instance: What sorts of defects was Queensland Health experiencing, in what systems? How did they creep in? When were they first experienced? What problems did they cause? Whose responsibility was it to fix them? What work was undertaken to fix them?

None of these questions are answered in the report.

Or how about this pearler, which was contained in the “Moving Forward” section of the report — its broad conclusion:

“Progress has been made by Queensland Health in how the Payroll Stabilisation Project Team is structured and resourced. The project structure which has now been adopted provides a more integrated and consistent approach to the identification, assessment and resolution of these issues. The project structure and its resourcing will need to continue to evolve as further activity is undertaken across the various workstreams of the project.”

See what I mean? Doesn’t it sound like something out of Yes, Minister? My brain keeps on screaming at me — what does this all really mean?

KMPG was given a firm brief for this first report into Queensland Health’s ongoing payroll problems, which stem from the introduction of a new SAP-based system in March this year. The problems have resulted in 1,800 staff across the state receiving little or no pay in some periods since that time and have caused an absolute uproar in Queensland’s media.

The consulting firm’s mission was to consider and challenge the processes, procedures and metrics being adopted by Queensland Health to ensure that the next two pay cycles under the new system proceed with “an acceptable range of accuracy and timeliness” for a payroll the size of Queensland Health’s — affecting 74,000 staff.

KMPG’s job has also been to provide advice on the most appropriate governance arrangements for the payroll project in the short term.

I understand that KPMG’s job in this first preliminary report is not to conduct a full review of what went wrong in Queensland Health’s payroll project. That will be done in subsequent reports.

But surely it would have been appropriate to provide a bit more detail to the public about what’s actually going on inside the department, when the problem is on such a large scale.

The report does not name any names of anyone who might be responsible for Queensland Health’s woes or for fixing them. It does not mention what precise role the vendors involved — SAP and IBM have played in the problems or are playing in their resolutions.

It does not go into any technical detail whatsoever about what exactly has been wrong with Queensland Health’s new pay system, and how the department is planning to fix those problems, even in the short-term. There are simply no technical details involved at all — a staggering black mark on the report, when you consider that this is a highly technical project.

It does not mention whether Queensland Health is re-examining any of its contractual arrangements with any of its suppliers, or whether those suppliers have met their key performance indicators in helping to build the system — or even what the relationship is like now.

It does not go into the no-doubt complex relationship between Queensland Health and government shared services provider CorpTech, or what specific steps have followed from the establishment of a project management office to help resolve the problems.

It does not, in short, contain any real information about what is going on at Queensland Health at all — with the possible exception that a number of payroll staff have received dual-monitor setups to aid with their work on the problem, and that extra staff have been brought on board.

The document reads like the minutes of a meeting held between chief financial officers at two accounting firms who are each under non-disclosure agreements and unable to talk to each other about anything apart from the weather. It’s that boring.

Now I’m not saying KPMG deliberately obscured the truth of what is currently going on inside Queensland Health in its first preliminary report into the department’s payroll woes. And I’m not saying the Queensland Government asked it to keep the real details out of it.

But what I am saying is that the good people of Queensland shouldn’t be satisfied with the lack of government transparency that KPMG’s report today displays. It makes a mockery of the term “open government” and it simply increases the perception that there is a whole bunch of things going on inside Queensland Health that the state government is determined to hide.

The one thing I really don’t get is why. It’s not as if the whole gory story isn’t going to come out in an Auditor-General’s report eventually. You might as well be upfront to start with.