Optus this afternoon confirmed that like Telstra, it wouldn’t directly sell the iPad when it launches in Australia on 28 May — but it will offer a number of pre- and post-paid 3G mobile plans specifically for the hyped Apple device.

Late on Friday night, Apple revealed it would start taking online Australian iPad pre-orders tomorrow (Monday 10 May) in preparation for its Australian launch day of 28 May. Apple said the iPad would be sold through its own retail outlets as well as its Australian website select Apple Authorised Resellers.

Telstra has so far only unveiled pre-paid plans for the iPad, but as it confirmed it wouldn’t directly sell the iPad this afternoon, Optus said it would have pre-paid and month-to-month 3G data plans for the device, as follows: 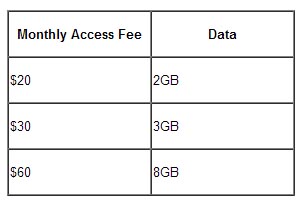