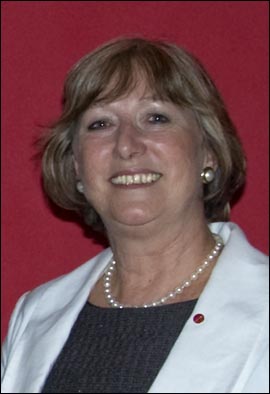 Boyce wrote the two page letter to the ministers yesterday (and sent a copy to the press) asking for clarification of US State Department spokesman Noel Clay’s statement that the US Government had “raised concerns on the matter” and a statement by Conroy’s office that the US State Department had “asked for, and received, background information”. The letters to Conroy and Smith are almost identical in content.

“I would be grateful if you could explain how the two statements can be reconciled. Were concerns raised by the US Government or did it simply request background information?”

The inquiry comes three weeks after Clay’s comment that the US had raised concerns, as reported on News Ltd blog The Punch.

When Conroy was approached on the subject that same day, he said: “I haven’t had any direct contact with with the US State Department” and “They are maybe speaking with the Department of Foreign Affairs … It could be that it just hasn’t been passed through.”

Three days after, Conroy’s office issued the statement that the US state department had asked for background information.

Boyce highlighted US Ambassador Jeff Bleich’s appearance on the ABC’s Q&A program last week when he said the US were searching for “the right balance between law enforcement and respecting that general principle … so we have been working with Australia on this issue, we’ve had healthy discussions on it.”

Boyce said that it’s hard to make sense of Bleich’s statement of “healthy discussion” when Conroy said that the US had only asked for background information.

“Certainly I hope that your reply will not persist with the fiction that the US Government has simply asked for “background information” and shows the same honesty and frankness on this important issue so ably demonstrated by the US Ambassador,” the Liberal Senator added.

She went on to to berate Conroy and Smith about what she said was their inability to be transparent about Australia and the US Government’s discussions on the filter, calling their claimed refusal to be open “deplorable”.

The letter raised Bleich’s statement that the filter was inessential and that US had been able to capture child pornographers and other deviants without the use of a filter. “I would appreciate your advice about how that has been managed in the USA and why Australia cannot employ a similar strategy,” said Boyce.