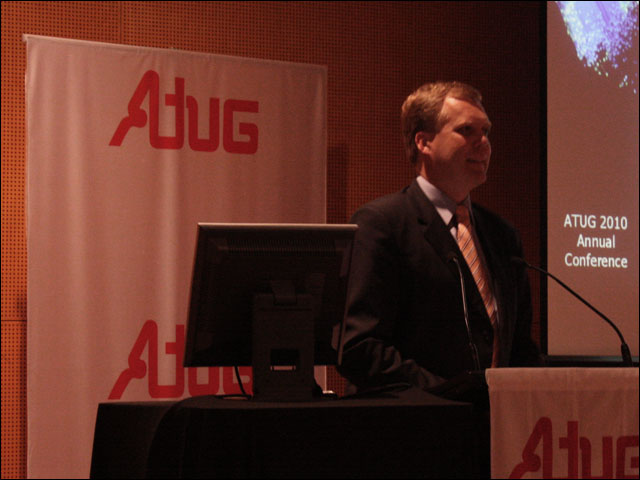 Shadow Communications Minister Tony Smith (pictured) today said the Opposition would not release a formal stance on the Federal Government’s internet filtering project until after the planned legislation for the project was released.

“When it does, we’ll take that to the party room, and you’ll know after that what our approach is,” he told the Australian Telecommunications User Group’s annual conference in Sydney today. “I think the responsible course is to wait to see precisely what the govt proposes, which we’ll see in their legislation.”

The news comes as there is debate within both Labor and the Coalition about the filter policy. The Greens oppose the proposal. Shadow treasurer Joe Hockey last night launched an attack on the scheme, in one of the first cases of a senior Opposition figure coming out publicly against the controversial policy.

“What we have in the government’s Internet filtering proposal is a scheme that is likely to be unworkable in practice. But more perniciously it is a scheme that will create the infrastructure for government censorship on a broader scale,” said Hockey in a wide-ranging speech on freedom to the Grattan Institute last night.

Smith said the Opposition was always prepared to look at the results of the filter trial released late in 2009, but it remained to be convinced that what the Federal Government was proposing was “workable or effective”.

“Of course, as Joe said yesterday, and as Tony Abbott has said, we want to do everything we can to protect families and kids from being exposed to illegal and dastardly content,” he said. “The issue is what’s achievable and what’s effective. I think the responsible course is to wait to see precisely what the government proposes, which we’ll see in their legislation.”

Smith said the Opposition was consulting with many interested parties. “I notice my friend from Google here,” he said to the audience. The search giant has expressed concern about the filter – particularly, for example, around the area of filtering YouTube content.

The Shadow Minister pointed out although the filter initiative had been announced back when the Rudd Government was elected “in a very general and broad form”, it took until December last year for the results of the filter trial to be released.

He noted the Opposition had had a policy and resources in place for filtered based at the PC level rather than at the ISP level the Government is proposing. Smith said parental supervision was also “vital” – because “so many of the dangers online won’t be dealt with by filters”.