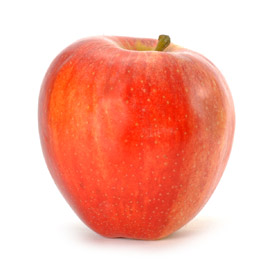 Note: This article has been updated after publishing with further information provided by Woolworths on the implementation of improved supply chain technology.

Retailer Woolworths today said it had seen large growth in the numbers of customers who were turning to its website to order food and other products online.

In its half-yearly financial results briefing this morning, the group revealed total online sales were up 41 percent. “Shopping online is becoming an increasingly important part of the Woolworths business with strategies developing across all trading divisions,” said the retailer’s chief executive Michael Luscombe.

“We have recently refreshed Australian Supermarkets and Consumer Electronics online shopping sites to create better shopping experiences and have received very pleasing feedback from customers. As a result, online channel sales increased 41 percent for the half. We will continue to invest in this rapidly growing channel to drive incremental sales and profitability.”

Woolworths will launch an online site for its Big W chain in May. It has also placed the prices of 5,000 packaged grocery goods online in what it said was an effort to deliver greater price transparency.

Supply chain
Woolworths also noted the intellectual property that it had developed for the supply chain of its supermarket chain in Australia was now being applied to its other divisions, including its supermarkets in New Zealand, its BWS and Dan Murphy liquor stores, and its Big W and Consumer Electronics divisions (Dick Smith).

The statement refered to the retail giant’s AutoStockR inventory management system, as well as StockSmart replenishment system, and warehouse and transport management systems. “We wiill continue to create a competitive advantage in this area as we invest in systems which further enhance our supply chain capability,” Woolworths said in statements associated with the results.

The systems were developed as part of Woolworths’ long-running Project Refresh initiative.

At Woolworths’ annual results briefing in August last year, Luscombe said the liquor business had already had AutoStockR rolled out right throughout their operations. The platform had also been rolled out in New Zealand and was starting to hit Big W, Luscombe said at the time.

Today Woolworths said the rollout of a more advanced system based on AutoStockR in Big W was expected to be complete by the end of the third quarter (of the 2009/10 financial year). In New Zealand the rollout of AutoStockR had delivered “a major increase in product availability”.

Woolworths has undertaken a “comprehensive review” of the supply chain for its consumer electronics arm (Dick Smith), which has resulted in a new distribution centre. Next, the retailer plans to undertake a review of forecasting and replenishment.

The news comes a week after Wesfarmers, the parent of Woolworths rival Coles, also said it was “driving” the re-development of the supermarket chain’s supply chain and associated IT systems “harder” as it rolled out automatic stock replenishment systems across the nation.

At his company’s half-yearly financial results briefing, Wesfarmers chief executive Richard Goyder said the auto-replenishment system had been rolled out to 44 stores and was on track to hit a total of 200 stores by the end of the company’s financial year in mid-2010.

Lastly, Luscombe also said the Woolworths Everyday Mobile phone offering the telco launched recently was “proving a hit among customers and their families”, with sales tracking slightly above budget.