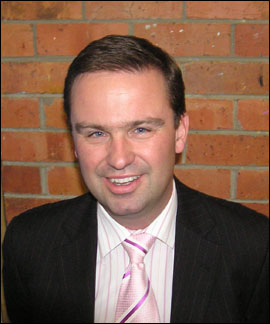 Both of Tasmania’s major parties today laid out election policies that included the creation of a minister with responsibilities for technology, with the state opposition also promising the creation of government chief information officer and chief technology officer roles.

Tasmanian Premier David Bartlett (pictured) and his Liberal rival — Will Hodgman — took the stand at an event in Hobart this afternoon hosted by the Australian Computer Society to lay out their technology-related election policies to key members of the local ICT industry.

With the state’s pole position in the National Broadband Network roll-out, much of what both said revolved around the need for the state’s industry to take advantage of the opportunities it offers. However, the pair differed markedly in how they felt that should occur.

Bartlett said if re-elected his government would create a ministerial portfolio of Innovation, Science and Technology. The role wouldn’t be a simple IT minister role, he said, but would bring together industry innovation, science and research (including opportunities in Antarctica), and the input of the broader IT industry in the state.

Bartlett pledged an associated $4.85 million in funding to a range of smaller projects in associated areas such as establishing a “digital futures” development fund, a “digital pavilion” demonstration site for the NBN and associated applications.

Other areas to attract money included a trial of smartgrid technologies, a project to extend technology into classrooms and $350,000 to extend Wi-Fi broadband across tourist towns and central business districts in the state.

In comparison, his rival Hodgman laid out less concrete plans for projects, but said if elected, his government would ensure a whole of government focus to ICT development and formulating a plan for the future.

“There will be a minister at my cabinet table who will have responsibility for doing just that,” he said. “We’ve also said that we will create the office of chief information officer, and also a chief technology officer.” Both will report directly to the new IT minister.

The new CTO will be expected to put in place a whole of government strategy to encourage investments and jobs in ICT, Hodgman said, while the CIO will ensure that the government itself was taking advantage of ICT in the way it operates and delivers public services to the community. Both new roles would sit in a division Hodgman described as the “Digital Economy Unit”.