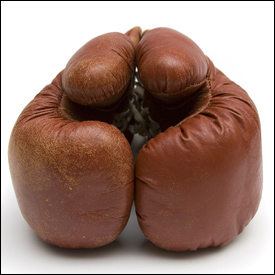 The traffic infringement and management branch of Tenix Solutions has terminated a contract with IT services firm Oakton and has filed a claim for $19.36 million in damages, Oakton alleged this morning.

“After the close of trading on the Australian Stock Exchange on 15 February, Tenix served on Oakton’s contracting subsidiary a notice purporting to terminate the relevant contract and a claim for damages estimated at $19,364,900,” Oakton said in a statement this morning.

“Tenix’s notice was preceded by the referral to arbitration by Oakton of several disputes arising from the contract.”

Oakton did not say which specific contract the dispute refers to. However, the division of Tenix which Oakton named (IMES) appears to have a contract with the Victorian Government to deliver Infringement Management and Enforcement Services in the area of traffic control.

Oakton has been reported to have several contracts with Tenix over the past decade — for example a $1.5 million deal inked in 2004 to provide Tenix with IT services relating to the development of an infringement management solution, and another $8 million deal in late 2007.

Oakton chief executive Neil Wilson wasn’t immediately available to comment on the deal termination, but Oakton said in its statement that it denied the grounds on which Tenix had “purported” to terminate the contract and had referred the claim to its lawyers.

A spokesperson from Tenix has not yet responded to questions on the matter.

The news came as Oakton today revealed its financial results for the half-year ended 31 December 2009. The company’s revenues sank 4.9 percent in the period (compared with the same period in 2008) to reach $93.3 million, while net profit after tax was up 59.2 percent to $10.2 million. Oakton said there was “no further adjustement” required to the results for the second half of last year in light of the Tenix dispute.

In statements associated with the financial results, Wilson said the company anticipated an increased demand for its services as the Australian economy continued to emerge from the global financial crisis, but that the extent and speed of the recovery in the IT sector “remains gradual”.

In a management presentation, Oakton said revenue levels were similar to those of 2007 and 2008, excluding the company’s contracting/recruitment business, which it exited in NSW and Victoria in 2009.

Oakton had 1,101 staff as at the end of 2009, compared with 1,199 at the end of 2008. It had reduced its headcount in most states, especially Victoria, but slightly increased its offshore resources in India, where the company said it would continue to grow headcount.