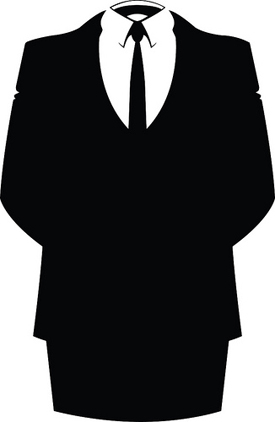 The loose coalition of individuals who attacked Federal Government technology infrastructure last week under the banner of “Anonymous” has unveiled plans to take its protest against the internet filtering initiative to the streets.

But on the website Encyclopedia Dramatica, the group appears to have outlined plans to protest in real life in capital cities around Australia. The link to the site was forwarded to Delimiter by a representative of Anonymous.

“Operation Titstorm’s initial phase of hacktivism (denial of service virtual ‘sit-ins’) was aimed at disrupting Australian Government websites related to Conroy’s little project in order to get the media and general public’s attention,” the site stated.

“This has been very effective tactic for Anonymous in the past and has once again paid off big-time for the mission, garnering hundreds of additional troops for Phase Two and generating an abundance of news stories in national and international media along with mostly unanimous support from citizen journalists in the blogosphere.”

The next step, the group wrote, was for protesters to peacefully protest en-masse outside Parliament House in Canberra on February 20 this year, as well as in every other major Australian capital city, and even at Australia’s diplomatic facilities (such as embassies) overseas.

The protest initiative has been dubbed “Project Freeweb” to differentiate it from the prior Operation Titstorm moniker.

In general, it appears as if Anonymous is attempting to create a legitimate protest with Project Freeweb. The prior internet attacks have been slammed by other filter protest groups as harming the overall protest movement.

But the Project Freeweb site states a number of conduct guidelines for the protest, including recommendations that participants don’t wear masks, don’t simply repeat internet memes but instead get involved in meaningful dialogue, and become informed about the issues by reading about them on sites such as that of the Australian Communications and Media Authority.

Particpants are also advised not to stray too far away from Anonymous public statements and into dangerous territory.

“If provoked, steer the conversation away from this by saying that you personally don’t take part in the distributed denial of service aspects of Operation Titstorm and that this part of the campaign is handled by our ‘experts’ in that field. After all, most ‘freedom fighters’ have parliamentary wings. [In Real Life] protesters are the public face of Anonymous and -as such- Anonymous ‘ambassadors’,” the site states.