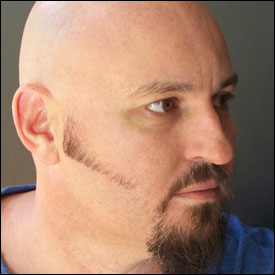 Rob Manson is the managing director of MOB (Mobile Online Business), an innovation lab based in Sydney which works on mobile, online and augmented reality applications. But he also knows the big end of town — he’s worked as an enterprise architect for the likes of Optus.

One of his previous colleagues has described him on LinkedIn as a “visionary”, but he’s also down to earth, saying that spending time with his family and dog is his number one priority.

My first job ever was pumping petrol at a service station when I was about 14 years old … still feeling a bit lightheaded from that too 8) My first job in IT was working as a digital pre-press designer at Terabyte in Auckland. Hrm … that was back when desktop publishing was the hot new thing!

The diversity. What I do today wasn’t even in the mainstream consciousness 6-12 months ago (e.g. mobile augmented reality for one and the iPad for another — see here for more examples). We constantly get to push new technologies and really study how people use them. What really fascinates me is how people adopt new technologies and why. It’s often very little to do with the technology part itself.

I’ve got a black belt in Tae Kwon Do and I love body surfing, mountain biking and snowboarding. But spending time with my family and dog is number one!

It will have soaked into our clothing, furniture and the spaces in between our walls. Personally I’m looking forward to storing a lot of technology in my teeth too 8) I’m really excited by how good Australians are at adopting new technologies and tools. As an industry we just need to get smarter at the commercialisation process. I’m hoping the new government strategy for this will really help.

I also think that in 5 years from now Clarke’s laws (especially number 3.) will be having a noticeable impact on our daily lives.

Mark Weiser’s work on pervasive computing has really shaped a lot of my career, thinking and strategy development. Back in 1994 one of my partners at Radiant and I had a shared epiphany about the impact the pervasive internet would have on us. I’ve been pursuing this idea since then. Here’s some links to my thoughts on this topic.