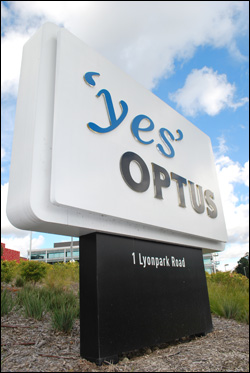 Singapore Telecommunications today said the company had made “no decision” on selling a minority stake in subsidiary Optus, and it did not know where rumours about such a move were coming from.

Dow Jones had reported in October last year that SingTel could raise $4.4 billion to $5.5 billion through such an offering, although it was unlikely to happen in 2010.

However Singel group chief executive Chua Sock Koong said although the company did review the investments it had in its various subsidiaries and associated companies and it would be prepared to look at options in the best interests of its shareholders, “no decision has been made” on listing or selling Optus.

“I can assure you that if we made a decision to do that, we would make the appropriate announcement,” she told journalists in a teleconference for Optus’ regular quarterly results.

Chua said she wanted to emphasis that SingTel remained a long-term strategic investor in Optus. “Optus is a big part of our overall business, and it continues to generate healthy cash flows for the group, and if you look at the group’s performance, it’s a significant contributor to our overall financial performance,” she said.

Pressed on the issue of a detailed story on the issue emanating from the Singaporean press, Chua said: “Frankly, I don’t know where that story came from, so I can’t help you there.”

“As I mentioned earlier, we have not made any decision, so I really don’t know who is wiser than the decision-makers within SingTel, to be able to talk about the amount of shares to be sold, the price range. If you find out where the story came from, please let me know,” she said.

Earlier today Optus revealed it was on schedule to upgrade the speed of its HFC cable network in Sydney, Melbourne and Brisbane to 100Mbps by mid-2010. The telco reported that its operating revenue grew 4.8 percent in the quarter to 31 December to reach to $2.3 billion, while revenue from mobile services grew 11 per cent year on year. However, the company’s Business and Wholesale Fixed segments saw declining revenue of 2.9 percent year on year.