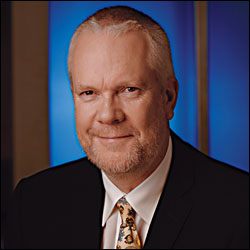 Australia’s largest telco Telstra today welcomed the “legal clarity” that today’s judgement in a landmark internet piracy court case between iiNet and a consortium of film and TV studios provides to the rest of the industry.

Justice Cowdroy today handed iiNet a sound victory in the Australian ISP’s long-running battle against a coalition of film and television studios, finding that iiNet did not authorise copyright infringement carried out by its customers using the BitTorrent file-sharing platform.

“We welcome the legal clarity today’s judgement provides regarding the role of ISPs,” a Telstra spokesperson said in a statement.

” As one of the major content publishers in Australia we do not condone piracy and we encourage the lawful use of our services. Allegations of wrongdoing should be dealt with in accordance with due legal process, with which we will always co-operate fully.”

The telco has had a history of supporting iiNet during the trial process.

For example, in a YouTube video posted in November 2008, Telstra Media chief and former head of the telco’s BigPond ISP division, Justin Milne (pictured), said ISPs should not be held responsible for what their users chose to do.

iiNet also revealed in February 2009 that Telstra’s legal team was providing iiNet with expert advice on the case. Other ISPs have yet to weigh in on the judgement.