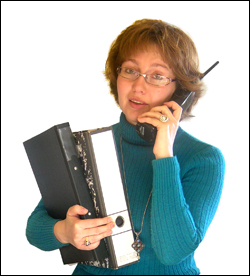 news Australia’s Do Not Call register now has more than 4 million phone numbers listed on it, the Australian Communications and Media Authority (ACMA) announced today.

The scheme was launched in 2007 as a solution to complaints from numerous members of the public about receiving unsolicited calls from telemarketers — with a common message being that calls would often be received just as the family was sitting down to dinner after work and school.

ACMA chairman Chris Chapman said a recent survey had found that 93 per cent of people noticed fewer telemarketing calls after placing their numbers on the register. But he warned residents not to become complacent.

“A phone number remains listed on the Do Not Call Register for three years until its registration expires. Very importantly, this means registration needs to be renewed after three years or your number will drop off the register and you may start receiving telemarketing calls again,” he said.

The four millionth
The four millionth number on the register belongs to Jeanette Benz, a mother of three from Wodonga who works full-time. Chapman said Benz’s personal story about the Do Not Call register was typical.

“I take great displeasure in being called between 6pm and 7pm, particularly when you’re in the middle of preparing or eating dinner, and getting the children organised,” said Benz in ACMA’s statement. “I was protesting to my girlfriend about these calls when she promptly handed me the information for the Do Not Call Register and since then, the calls have virtually stopped.”

Note: Image is not of Benz. It is a stock photo. Credit: Shlomit Wolf, royalty free