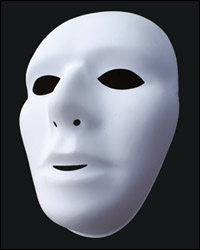 news A controversial blogger who has been anonymously posting unsubstantiated information from within Victorian IT shared services agency CenITex has called it quits.

The blogger — known only as ‘a CenITex insider’ has run the blog CenITex-related news and rumours throughout the second half of 2009. The content has consisted of links to articles about CenITex on other sites, analysis of its reported activities and those of its executives, and tidbits of information the blogger claimed came from his day job at the agency.

However, the blogger has decided against accepting an offer by the company to become a full-time government staffer to replace a contracting relationship. CenITex is making the offer to a large number of staff, ZDNet.com.au has reported.

“It has been fun while it lasted,” the blogger wrote over the weekend. “I’m not going to accept a ‘fixed term’ position. Cannot be a acenitexinsider when I’m outside. So, it is time to go.”

According to CenITex’s site, it currently supports some 12,700 desktop PCs across 6 Victorian Government departments, with quite a few more departments and services planned to join the agency’s roster in the near future.

It was set up in July 2008 from the merger of the previous Shared Services Centre and Information & Technology Services divisions under the Department of Treasury and Finance.