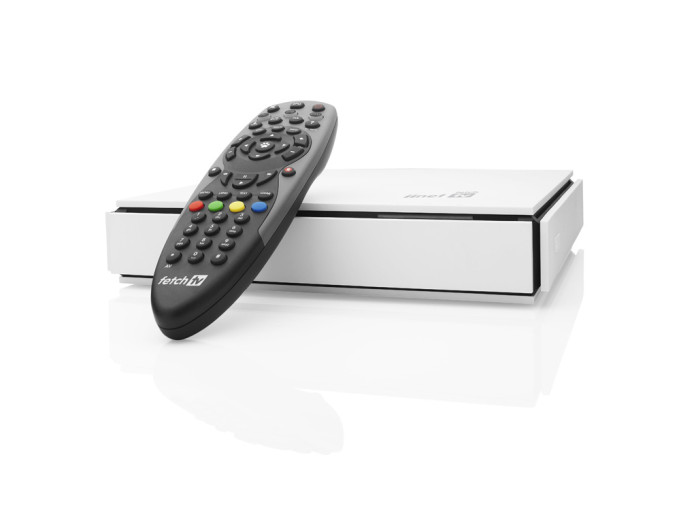 And Fetch TV has had some degree of success. In September 2013, for example, the company announced it had 100,000 subscribers. It was one of the first providers in Australia to facilitate customers watching the popular Netflix platform through its service.

However, this week iiNet and its stable of brands appears to have instantly ditched the company following iiNet’s acquisition by TPG. iiNet’s website states regarding Fetch TV: “This product is no longer available for purchase”, notifying existing customers of Fetch TV that they can manage their account online.

And Internode’s website states: “Fetch TV was available from 23 November 2011 and was grandfathered on 25 August 2015. Fetch TV remained available to customers with existing Fetch TV services, but no further signups were available.”

In response to a question on its Facebook page, Fetch TV wrote:

“… yes it’s true that TPG, the new owners of the iiNet group of ISPs, has suspended all new sales of Fetch TV. They do have a large and engaged Fetch TV customer base including our earliest & most loyal customers whom we value so much (Thank you!). We are not able to comment on behalf of TPG what this decision means for existing customers like you and we encourage you to contact them for more information.”

Calls to Fetch TV and iiNet in-house spokespeople this morning have not been returned, while a TPG spokesperson has not yet returned an emailed request for comment.

The acquisition of iiNet by TPG was approved by the Australian Competition and Consumer Commission last week. TPG has never offered the Fetch TV service bundled with its own plans – the company offers its own rival IPTV platform, featuring some of the same channels as Fetch TV.

The ink is NOT EVEN DRY on TPG’s acquisition of iiNet, and it is already cancelling products and starting to harmonise iiNet’s product offering with that of its own. This is a simply remarkable decision and illustrates precisely the path that TPG is likely to take with iiNet and its subsidiary brands.

The speed of this move dramatically signals how fast TPG is going to shake up iiNet and its subsidiary brands over the coming months. If you’re an iiNet customer, then I recommend buckling in your seatbelt and holding on for a wild ride — because David Teoh and the boys in purple have grabbed control of the wheel and are now along for the ride.

To what extent can the specific move to cancel new signups of the Fetch TV service be justified? To be honest, I don’t think we know at this point. Fetch TV’s latest set-top box platform and service is awesome as a product bundled with broadband plans. However, I don’t know if companies like iiNet were able to sell enough of these packages to make it worth continuing after a few years offering them, or whether they were profitable for the ISPs.

To a certain extent, Fetch TV always felt like a product that former iiNet chief executive and Internode founder Simon Hackett wanted to bundle with their companies’ broadband plans because they wanted to expand beyond mere data carriage and compete with huge profit-making rivals like Foxtel. However, I never got the sense that Fetch TV was able to really achieve mainstream success.

The launch of Netflix in Australia, as well as similar over the top plays such as Stan and Presto, may have dramatically changed the game for Fetch TV. I suspect we’ll find out more about this over the next week or so.

Given iiNet’s move, I would very much expect Optus to be also looking at its contract with Fetch TV. I also suspect Fetch TV itself might end up being sold off or subsumed back into its Malaysian parent company. The loss of the iiNet contract is a colossal blow for the company in the Australian market — I think it will find it very difficult to continue on its current path.