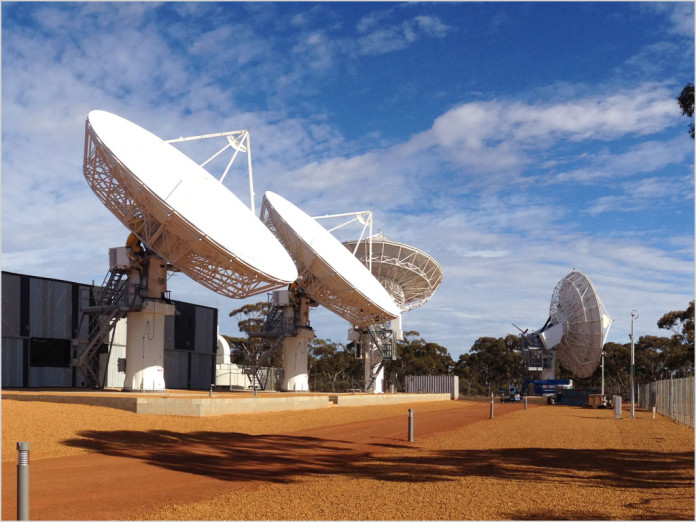 news Communications Minister Malcolm Turnbull has accused the Australian Labor Party of underestimating how much demand the National Broadband Network would see for its satellite service, without mentioning that he personally had stated in Opposition that sufficient capacity already existed, alleging there was no need to build more.

Over the weekend, The Weekend Australian alleged that poor performance on nbn’s interim satellite service was driving “remote families to data despair”, with the congestion on the platform stopping, among other things, children from connecting to School of the Air for their education, businesses from connecting to conduct transactions, and individuals from being able to read the news or bank online.

The platform the newspaper was referring to was the nbn’s Interim Satellite Service. Launched in May 2011, the service uses existing satellites operated by Optus and IPstar to provide connectivity to a number of Australian households in very remote areas who otherwise would have access to very little broadband at all.

However, as time has passed, the limited capacity of the network has become strained, and it has reached capacity. The current Abbott Government has taken steps to limit its use to ensure all can use it to access the Internet on an equitable basis, but problems still exist. The solution is two satellites which nbn itself will launch itself in 2016 — which will provide massively enhanced capacity and a permanent solution for remote Australians.

In a statement posted on his website yesterday, Minister Turnbull said the problems with the satellite service were the fault of the previous Labor Government.

“One of the mistakes that Labor made in Government is that it sold its interim satellite service as offering ADSL-equivalent services in the city,” the Member for Wentworth wrote.

“This may have been true of headline speeds that could be achieved, but capacity is different. Whereas you can always make an incremental investment in the core of your network for fixed line – or even fixed wireless – networks to increase capacity, once a satellite is launched, its capacity is fixed until you decide to launch another one.”

“But Labor badly misjudged how much capacity would be needed on the Interim Satellite Service, and crucially underestimated how much demand there would be for the Long Term Satellite Service. A review of the fixed wireless and satellite services found that they had underestimated demand by around 200,000 end-user services. This has meant we have had to do substantial work and invest billions of dollars extra to ensure that we are able to cater for the extra demand.”

“They also had no tools to enforce ‘fair-use’ policies meaning that Retail Service Providers (RSPs) and heavy users could use data allowances of up to 60GB a month and clog services at peak times, without having to pay for that.”

“The NBN’s Long Term Satellite Service will be able to identify both RSPs and individual end users and take action to ensure they are not unduly disrupting capacity across the network.”

History of Opposition
What Minister Turnbull’s statement did not mention is that as Shadow Minister, he personally stated that existing capacity in Australia’s satellite system was sufficient.

In February 2012, at the height of the debate over nbn’s future satellite needs, then-Shadow Communications Minister Turnbull published a statement on his website claiming that nbn did not need to build its own satellites to cope with future demand.

“There is enough capacity on private satellites already in orbit or scheduled for launch for the NBN to deliver broadband to the 200,000 or so premises in remote Australia without building its own,” Turnbull said in his statement at the time. That statement appears to have been removed from the Minister’s personal website since that time.

At the time, to ascertain the technical truth of the satellite situation, Delimiter spoke with nbn’s satellite project director Matt Dawson about the matter. Dawson is still in the same position at nbn.

Dawson pointed that just launching that interim solution had already soaked up “the lion’s share” of the commercially available satellite capacity in Australia. “Even that hasn’t got anywhere near the capacity we need in the long term,” he said at the time.

Part of the capacity issue relates to the position of satellites. Some satellites over Australia also served the Asia-Pacific region, diminishing available capacity, while others target metropolitan areas, where commercial operators will make greater profits due to a heavier concentration of targets. In comparison, nbn explicitly targets users in remote areas, where normal satellite operators would find it hard to operate a commercially successful service.

Turnbull was also contradicted at the time by Optus chief Paul O’Sullivan, who stated that the company’s satellite capacity — the largest in Australia — was already accounted for and could not meet nbn’s requirements.

Firstly, I would suggest that the Minister acknowledge that he was wrong in his statements in Opposition about existing satellite capacity in Australia being able to meet the needs of the NBN project.

Secondly, I would suggest that the Minister acknowledge that the previous Labor Government was seeking to address this issue by having nbn build its own satellites.

It’s true that nbn didn’t manage its Interim Satellite Service as well as it could have under the previous Labor administration, and that the company has put in some workarounds under the Coalition administration to help resolve this issue as a stopgap. However none of that changes the fact that it was Labor which kicked off both programs to start with. That was the right thing to do then — and it is still the right thing to do now.

Lastly, we’d appreciate it if the Minister could re-publish the original statement he made about the satellite situation back in 2012. The post was entitled “Satellite deal — more wasteful NBN spending”. We can’t find it, and we’d like it back.