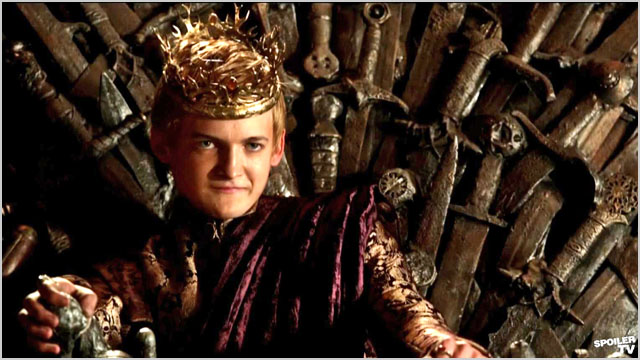 news Want to watch HBO’s Game of Thrones show in Australia without signing up to a pricey Foxtel subscription? Bad luck: As of this week you’re out of legal options. Foxtel has reportedly signed a deal with HBO which will block the show from airing through any other medium — at all — apart from DVD release, in a move which appears set to drive more Australians to downloading the show via file-sharing protocols such as BitTorrent.

Game of Thrones — based on George R. R. Martin’s hit fantasy book series A Song of Ice and Fire — has leapt into the top ratings as one of the most popular television shows in Australia and globally over the past several years. However, at the same time, it has seen record levels of piracy in Australia due to the fact that it has not been available on free to air television, and had only recently been made available locally in a timely fashion through Apple’s iTunes platform after each episode airs in the US.

The high rates of piracy have spurred calls form authorities such as US ambassador to Australia Jeffrey Bleich for Australians to stop pirating the show and buy it legally. However, the only avenues for Australians to do so have been to sign up for a costly ongoing Foxtel subscription, or to purchase it through iTunes at a rate of $33.99 per season — about the same price as buying the DVDs.

It was revealed in May 2013 that Foxtel had signed a deal with HBO which would block the remaining seasons of HBO’s popular Game of Thrones series from being offered in Australia hours after the show is released in the US, due to an exclusive deal with the show’s producer HBO signed in October last year. At that stage, the understanding was that the show would still eventually make its way onto iTunes — but at a later date, possibly months after the first episodes aired.

Yesterday, according to TV industry blog TVTonight (we recommend you click here for the full story), Foxtel went a step further in locking up access to Game of Thrones, signing a new deal with HBO which would stop the show being distributed through iTunes in Australia at all — even months late.

“Series 4 of Game of Thrones will be exclusive to Foxtel. It won’t be available on iTunes. And that hasn’t been the case for the last few series,” Foxtel’s Director of Television Brian Walsh told TV Tonight. The new season of Game of Thrones starts from 7 April.

Analysis by file-sharing news site TorrentFreak published in April 2013, for example, showed that Australia continued to be the world’s most enthusiastic nation globally in terms of illegally downloading Game of Thrones, despite the fact that the series was made available legally, cheaply and in high quality in Australia shortly after it was broadcast in the US, through platforms such as Apple’s iTunes and the Foxtel pay TV service.

According to an article published by TorrentFreak in April last year, the first episode of the third season of the hit TV series had been downloaded over a million times illegally via the BitTorrent file-sharing platform at that point, with a record number of people sharing the episode.

opinion/analysis
When Foxtel signed its initial deal with HBO to block the timely release of Game of Thrones via iTunes, I was outraged enough. As I wrote at the time:

What. A. Big. Fat. Fucking. Joke. Screw you, Foxtel. It doesn’t get much more anti-competitive than this. If you want to watch Game of Thrones in Australia, it turns out, you can’t just pay $33-odd per season any more, at least for Season 4 and beyond. You’ll need to pony up a cool $47 per month for Foxtel’s essentials package, plus another $25 a month for Foxtel’s Movies and Premium Drama offering. Well screw that. I’m not personally going to pay for a whole pay TV package just because I want to watch one series from HBO. This may be enough for me to boycott the series altogether, or I may just buy the Blu-rays in a few years’ time. I’ve read the books a few times anyway, so no great loss.

While I’m on this rant, screw you, HBO, just as much as Foxtel. Why the hell a cable TV operator like HBO would want to lock up its content exclusively to a single company in a market such as Australia really beats me. Isn’t about producing content all about having people consume it? Ultimately, of course, what it probably comes down to is money. Foxtel has no doubt thrown down a huge wad of cash for HBO to gorge itself on — likely far more than HBO would get through individuals buying Game of Thrones on iTunes or through selling Game of Thrones through free to air TV stations.

It’s great news for Foxtel, and great news for HBO. The only stakeholder which loses out here is the actual Australians who want to watch Game of Thrones. But then … when have they mattered to such large companies? And the inevitable will result: I suspect many people reading this article right now are thinking: “Righty-oh-then. BitTorrent it is.”

Well, it turns out that things actually can get more anti-competitive. Foxtel has just completely locked out all legal access by Australians to Game of Thrones episodes unless you sign up to its monthly subscription plans or buy the DVDs.

Well, I’m out of outrage at this point. I guess we should have expected this. We should have expected Foxtel to screw Australians over as much as they possibly could. And we should have expected HBO — which has always demonstrated that it doesn’t care at all about the international market outside the US — to completely ignore the fact that Foxtel is completely screwing Australian fans of its hit TV shows. This is all just to be expected. Hell, it’s a machiavellian move worthy of the plot twists within Game of Thrones itself. This is what Big Content does best in the 2010’s — make it almost impossible for people to easily access its products without mortgaging their souls.