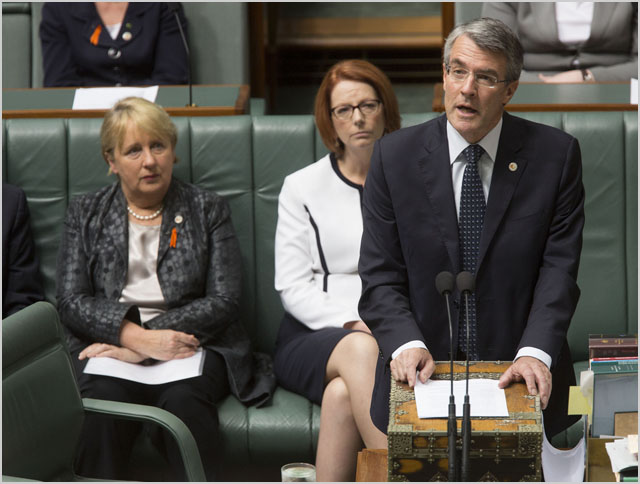 news The Australian Labor Party has given the first tentative sign that it may be open to working with the Greens on the terms of a wide-reaching parliamentary inquiry into electronic surveillance practices in Australia.

Subsequently, the Greens and a number of other organisations concerned with digital rights issues renewed their call for a wide-ranging parliamentary inquiry to be set up into the use of electronic surveillance techniques by Australia’s intelligence agencies.

Historically, both Labor and the Coalition have rebuffed any efforts by the nation’s digital rights community to obtain greater transparency on this issue, with senior politicians from both sides stating that it was not their preactice to comment on the nation’s intelligence arrangements.

Asked to comment on The Guardian’s ASD revelations this week, Shadow Attorney-General Mark Dreyfus, who oversaw the operation of the intelligence agencies for most of this year as Attorney-General, repeated this statement.

“Consistent with long-standing practice on both sides of politics, I am not going to discuss our operational intelligence arrangements,” Dreyfus said. “I am confident that the framework intelligence agencies operate within has appropriate checks and balances to make sure any activities they carry out are within the law.”

However, Dreyfus also added a rider. “However, if it becomes clear that the Australian community is concerned about the current balance between national security and personal privacy, Labor is willing to participate in a discussion about the national security framework and legislation,” the Labor MP said.

While Dreyfus was not specific about what such a ‘discussion’ would look like, the comments would appear to open to the door for a wider parliamentary conversation about the use of electronic surveillance techniques by Australia’s intelligence community.

The issue has come to the fore over the past several months, due to a number of revelations associated with documents released by Snowden, such as the news that the ASD spied on Indonesia’s President and other senior figures from the country, as well as the news that Australia’s diplomatic facilities throughout Asia have been used for intelligence gathering purposes.

The continued revelations by Snowden, often coming through The Guardian due to the publication’s association with the whistleblower, have put the Government of the day under continued pressure to justify the intelligence agencies’ actions.

This week, Federal Attorney-General George Brandis reacted to the ASD revelations by supporting the agency and accusing NSA whistleblower Edward Snowden of being an “American traitor”.

“I am aware of reports published this morning by The Guardian Australia which make certain claims about the alleged activities of Australia’s intelligence organisations. Those claims are made on the basis of material placed in the public domain by the American traitor Edward Snowden,” said Brandis.

“I note that the document of which the report is based is unverified. I also note that the unverified document is described as a draft document, which contrary to all reports, does not report or record any activity by any Australian intelligence agency. It is, as the honourable Senator knows, a long standing practice of successive Australian governments not to comment on intelligence matters.”

Brandis’ description of Snowden as an “American traitor” appears to be inaccurate. The United States has a very strict definition of treason and rarely charges suspects with the crime, usually preferring instead to focus on other related charges such as sedition or espionage. The country has charged only a handful of people with treason over the past several centuries.

Snowden has been charged with espionage and theft of government property in the US — but not with treason, according to publicly available information.

Additionally, much of the international community, and even respected US politicians such as former President Jimmy Carter, have applauded his actions as both patriotic and also serving humanity. In addition, a number of legal challenges have already been mounted to the legitimacy of the spying programs in the US. A number of polls have consistently shown that a large percentage of US citizens actually regard Snowden as a hero.