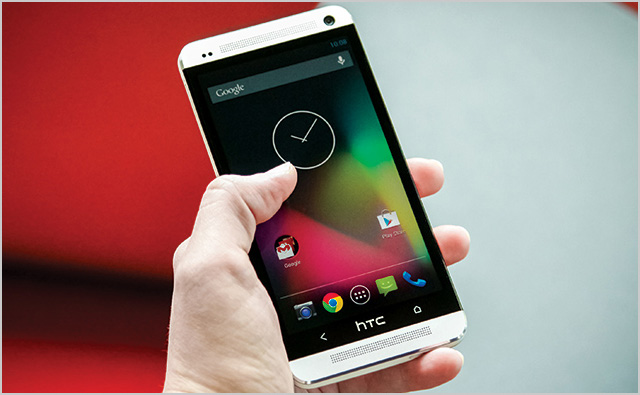 blog Have you been hanging out for an extremely high-end Android smartphone with Google’s trademark ‘Nexus experience’? Have you been highly encouraged by the news that both Samsung and HTC are planning to launch versions of their flagship Galaxy S4 and One smartphones with a stock Android operating system (no vendor crapware), and that both will be available shortly through Google’s Play Store? It’s all quite encouraging, right?

Well, bear in mind that the revelations of the new Samsung and HTC stock Android units over the past several weeks have shown that neither of these two new flagship handsets will launch with support for Australian 4G networks as yet. HTC’s blog launching the HTC One with the Nexus experience last week tells us that the smartphone will support only the 700, 850 and 1900 MHz bands in terms of 4G/LTE support, and it’s a similar case with the Galaxy S4. Engadget tells us that the smartphone will support LTE support for AT&T and T-Mobile in the US, neither of which appear to use the 1800MHz band used by Telstra, Optus, and soon Vodafone, in Australia.

We’ve seen this situation before, to be honest. The best current stock Android experience can be obtained from buying the Nexus 4 unit designed by Google and manufactured by LG. Delimiter’s review of the handset found that it was one of the best smartphones of any ilk available in Australia — but we found it a little hard to recommend due to its lack of 4G support.

So what’s Delimiter’s tentative opinion with respect to the stock Android versions of the HTC One and Galaxy S4? Flatly, we recommend that you do not buy one of these smartphones just yet, even if you are dying to get access to a next-generation smartphone with stock Android. At the moment, we have a Nexus 4 and a Samsung Galaxy S4 in our office, and we’ve recently reviewed the HTC One as well. We’ve actually tested all these units side by side. And the difference between these handsets is not great enough to warrant shelling out up to US$649 more for a stock Android Galaxy S4 or HTC One without 4G support, given that you can pick up an 8GB Nexus 4 for only AU$349 brand new.

We highly recommend waiting for at least three to four months before you evaluate purchasing one of these new generation of Nexus units. In that time, we’re likely to find out whether either HTC or Samsung are planning to release Australian 4G variants of their new ‘Nexus’ devices. In addition, in that time we’ll also likely find out whether formal or informal software changeover packs for existing GS4 and One units (the ones already on sale in Australia and already supporting 4G) will become available. In addition, HTC has had a habit of releasing new handsets towards Christmas in Australia over the past few years, and we’ll also likely know more about the next Apple iPhone.

Right now is simply a bad time to buy a ‘Nexus’ handset from the likes of HTC and Samsung. Without 4G, these handsets don’t have a lot of long-term usage viability, given the pace at which 4G networks are being rolled out in Australia, and we suspect you’ll be kicking yourself if you buy a non-4G Nexus-enabled GS4 or HTC One in June or July this year, only to find that new 4G Nexus flagship models are released in Australia towards the end of 2013 or the beginning of 2014.

It’s really hard to say this, given how desirable a HTC One or Galaxy S4 model would be with stock Android, and how we’ve been calling for precisely this kind of smartphone for several years in Delimiter’s reviews. However, the lack of 4G support is a massive problem and killer issue for these smartphones in Australia. Our recommendation is: Hold off for now — or you will likely regret your decision in a few months.

One obvious alternative is to hack yourself your own ‘Nexus’ handset by cracking an existing 4G HTC One or Galaxy S4 and installing CyanogenMod or similar on it. We’d be interested to hear how Australians have gone with this process so far — CyanogenMod support can be hit or miss at times, but we normally hear good things around it. But of course it’s a little hard to recommend this ‘unofficial’ process for most people, compared to the normal vendor-supported models.