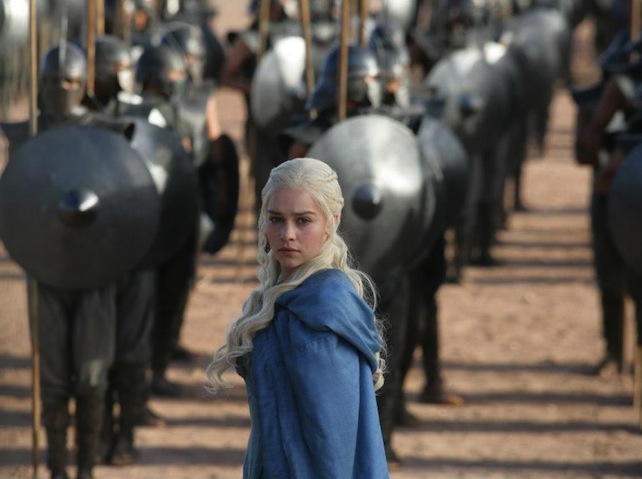 news Struggling Australian streaming-media provider Quickflix has taken a punt on the hugely popular HBO series Game of Thrones, securing an electronic distribution deal that will allow online users to watch the series even if they aren’t Quickflix customers.

The decision will allow even non Quickflix subscribers to purchase episodes of the show on a casual basis, putting Quickflix in competition with Apple’s iTunes Store, which offers Australian customers access to Game of Thrones in HD for $3.49 per episode or $33.99 for a season pass; the Quickflix service, however, works across Android devices as well as iOS devices, potentially opening up a sizeable additional audience.

“We still love the subscription model, but we also recognise that current and recent series TV audience loves access to that content,” QuickFlix chairman and CEO Stephen Langford told Delimiter, indicating that the episodic model may be extended to other shows if the Game of Thrones offering proves successful.

“We’re taking a curated approach and most certainly would be looking at other opportunities,” he said. “We’re taking an iTunes approach to non Apple devices, of which there are lots.”

Quickflix has been working with a range of delivery partners to expand the reach of its content service, which was built on DVD-by-mail subscribers but has aggressively branched into IPTV over the past year after launching its Quickflix WatchNow service for PCs and Macs. On the back of a deal signed with HBO, WatchNow has subsequently been extended to the Microsoft Xbox 360, TV and Blu-ray players from the likes of Sony and Samsung, Apple’s iPhone and iPad devices and Google’s Android operating system as well.

There is more than simple customer service at play in the announcement, however: Game of Thrones has become a poster child for Internet piracy, with the first episode of the current Season Three setting a global record after it was downloaded over 1 million times.

In an attempt to reduce piracy, Foxtel has taken the unprecedented step of pulling the show forward to Monday nights, which means it airs in Australia just hours after it has been seen in the United States. Content deals with iTunes have put the show within reach for non-Foxtel subscribers, and the new Quickflix arrangement represents yet another tack in what is becoming an increasingly heated effort to fight off the threat of BitTorrent.

Even in the absence of subscription revenues, strong buy-in to Quickflix’s offering could be a boost for the ailing company, which in November was forced to sack senior leadership and laid off a third of its workforce despite an earlier surge in subscriber numbers.

That makes the decision to look beyond the subscriber model a significant one for Quickflix, whose willingness to experiment with new deliver models could pave the way for more open licensing arrangements in future.

Pricing for Quickflix’s Game of Thrones episodes has not yet been announced, but Langford said it would be “competitive with iTunes. It’s quality content and people are happy to pay for it. I daresay that a number of folks who are, unfortunately, accessing it illegally, would be happy to pay if it was on their device of choice.”

Online copyright remains a contentious issue, with shadow communications spokesperson Malcolm Turnbull on the record calling for “global copyright” and high-profile bloggers like John Birmingham getting publicly stuck into an Australian public that has shown its willingness to continue pirating Game of Thrones en masse despite the availability of legal alternatives.