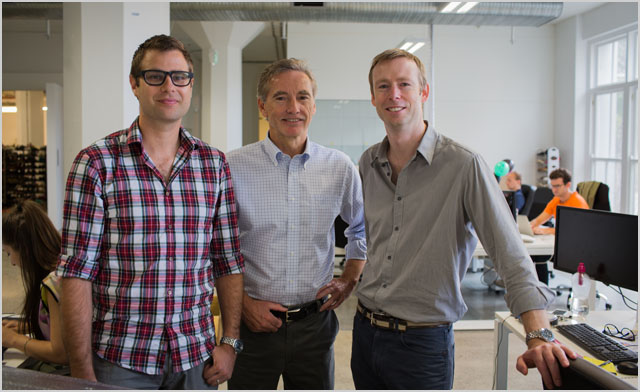 The new firm, dubbed Blackbird Ventures, was first outed in August 2012 and is backed by the founders of successful Australian technology companies such as Atlassian, Campaign Monitor and Aconex. It also bring together the startup incubator Startmate and existing venture capital fund Southern Cross Venture Partners.

According to a media release issued by Blackbird this morning, the majority of the Fund’s capital has been raised in a first close focused on industry insiders, including over 35 successful Australian tech founders and Silicon Valley venture capitalists like Bill Tai and Dave McClure, all of whom are investing not only their money but also their time to help Australian startups succeed. Other investors will have the opportunity to participate before the Fund’s final close later in the year.

Blackbird co-founder Niki Scevak said: “The essential ingredients of Blackbird are successful founders helping the next wave of Australian startups. We’re bringing the same experience we have seen work at Startmate in the initial months of a startup’s life to more developed companies at the next stage.”

“Today is a huge day for the Australian technology industry and I’m excited to be involved with Blackbird because it represents a truly founder-led effort in helping startups,” said Mike Cannon-Brookes, co-founder of Atlassian. Cannon-Brookes, while also being a major investor in the fund, will join as a venture partner and advise the firm and investee companies.

“Being an investor in the Blackbird fund gives me an opportunity to support and be an active participant in the Australian technology industry,” said Bardia Housman, whose last company, Business Catalyst, sold to Adobe. “It’s made up of a wide array of successful industry people and entrepreneurs spanning both Australia and Silicon Valley. We will be able to add tremendous value to aspiring Australian entrepreneurs who want to build global businesses,”

Blackbird also has strong links to Silicon Valley. “We have a strong focus on businesses that we can help inject into the Silicon Valley ecosystem to connect them with expertise, customers and sources of finance,” said Rick Baker, co- founder of Blackbird.

“The combination of our partnership with Sydney-Palo Alto based Southern Cross Ventures and our strong network of Silicon Valley advisors and venture capitalists means we’re in an excellent position to do this.”Well known Silicon Valley investor, Bill Tai, a partner at CRV and angel investor said, “Blackbird Ventures has placed itself in the vortex of the tech scene in Australia through its founder community, LPs and startup network from past investments. As more capital looks to fuel the growing number of world class startups from Australia, Blackbird is positioned to be the trusted investment partner for the US VC ecosystem as they have become for me.”

Blackbird co-founder and partner at Southern Cross Venture Partners, Bill Bartee, said, “Southern Cross is thrilled to be teaming up to form Blackbird Ventures, which is set up specifically to invest in fast growing, capital light models in the Internet, software and mobile spaces”.

Blackbird’s management team believes there is a real gap in the Australian venture capital market: while there is funding for small angel rounds, there are very few professional investors focussing on the next stage where Blackbird will predominately play. Blackbird’s first investments include Canva and Ninja Blocks. It expects to make around 25 investments from the fund.

The news comes as not everyone has been as optimistic as Blackbird about the strength of the Australian investment scene for technology startups. In controversial comments this week, Freelancer.com chief executive Matt Barrie declared the local VC sector “dead”.

opinion/analysis
Awesome news from Blackbird. I’ll repeat here what I wrote when the existence of the fund was first outed in August last year:

As we’ve chronicled exhaustively on Delimiter recently, Australia’s streets really are paved with gold at the moment for innovative IT startups looking for seed or angel investment rounds, with dozens upon dozens of new startups now getting funded on the back of local incubators and angel investors. But the Blackbird crew is correct in that there’s much less funding around for companies which want to take the next step up and are looking for investment in the millions rather than in the tens or hundreds of thousands.

When Australian technology companies get to this size, they tend to get acquired or invested in by international firms due to a lack of local options — neither of which seems to result helping build a long-term, sustainable Australian home-grown technology sector. Blackbird should be a good way to help boost this area of the market, and we look forward to seeing what companies they invest in first.