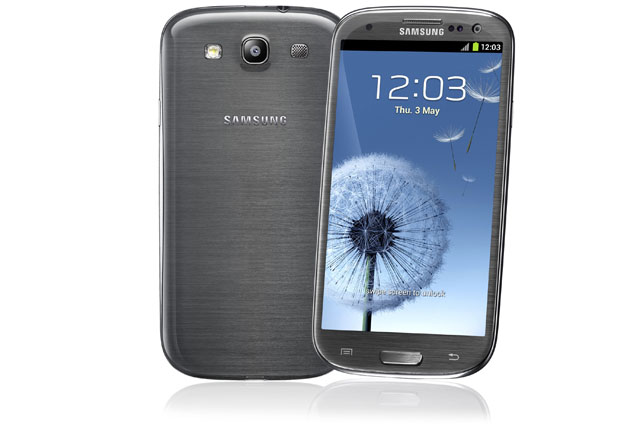 news The nation’s top two mobile telcos Telstra and Optus this morning revealed they would start selling a version of Samsung’s popular Galaxy S III handset which will function on their growing 4G networks and come with the Jelly Bean version of Android, as Optus simultaneously launched consumer access to its 4G infrastructure.

The Galaxy S III is already one of this year’s most popular handsets, ranking alongside Apple’s iPhone 4S and HTC’s One series as being among the top smartphones available in Australia. However, it hasn’t previously been able to take advantage of the full speeds available on the 4G infrastructure which Telstra has rolled out around Australia and which Optus has launched in Sydney, Perth and Newcastle.

Telstra said it would launch a 4G version of the Galaxy S III on its network in October, with customers being able to register online to receive more information about its launch. “Our customers have been hanging out for the arrival of the GALAXY S III 4G and we’re thrilled to be able to offer it on Australia’s only national 4G-enabled network,” said Andrew Volard, Director of Telstra Mobile. Telstra will offer the Galaxy S III 4G in both “Titanium Gray” and “Onyx Black” colours.

In a separate statement, Optus said it would open its 4G network to consumers from today, with a Melbourne launch to follow from 15 September this year (business customers already have access to the network in existing locations). Optus customers can pre-order the Galaxy S III from the telco’s website today — but only in the ‘Titanium Gray’ colour. The company will sell the 4G version of the Galaxy S III for a handset repayment cost of $7 per month on a $60 monthly plan, or for no additional handset repayment cost on an $80 plan (see full pricing by clicking here). The plans come with 1.5GB and 2GB of data quota included, and are two year contracts.

Telstra’s 4G network is much more extensive than that of Optus, reaching around 100 locations nationally and some 1,000 mobile phone towers, which the telco plans to extend to around 2,000 over the next year. Telstra already has some 500,000 customers on its 4G network. In comparison, Optus’ 4G network is open in Sydney, Newcastle and Perth from today, although it is planning to launch in Melbourne on 15 September. Optus’ network offers speeds technically faster (up to 60Mbps) than Telstra’s network, which offers speeds up to 35Mbps. However, the full capability of Optus’ network has not been tested on a commercial basis — with the telco not having many customers using it yet.

Vodafone does not have a 4G network in Australia yet (and is consequently not part of this morning’s launch), although it is planning to start constructing 4G infrastructure locally from 2013.

“The Australian market continues to demonstrate a diverse set of consumer needs and we are committed to responding to this with a wide portfolio of products. Following the recent success of the Samsung GALAXY S III, the addition of the 4G powered GALAXY S III Onyx Black and Titanium Gray is part of our ongoing commitment to leading the charge in technology innovation and choice,” said Tyler McGee, Vice President Telecommunications, Samsung Electronics Australia. “The smart and intuitive GALAXY S III 4G takes this to an exciting level through our strong carrier partnerships, with the opportunity to offer this device to Australian consumers that want the fastest network speeds,” he said.

opinion/analysis
There are several fascinating aspects to the launch of the 4G Galaxy S III this morning in Australia.

Firstly, it is highly notable that Vodafone is completely absent from this launch, as it doesn’t have a 4G network of any kind (not even the patchwork, incomplete kind that Optus has). As I wrote yesterday, the lack of such a network will leave Vodafone out of major 4G smartphone launches. I was writing yesterday about the Apple iPhone, but the theory applies equally to the 4G Galaxy S III. This new model is probably now the best smartphone available in Australia, in my opinion, and Vodafone doesn’t have a network which will support it. That speaks volumes about the company’s future.

Secondly, I note that Samsung Australia’s media release about the Galaxy S III explicitly fails to mention any detail about its processor. We’ve seen previous models dumbed down in terms of their CPU to accommodate the 4G speeds. What exact processor is the 4G version of the Galaxy S III running? We don’t know yet … but I hope Samsung isn’t silly enough to think that nobody would notice this omission.

Lastly, there is also the fact that Samsung has chosen to give Telstra customers additional options when it comes to colour choice of the Galaxy S III. This means that Samsung recognises that Telstra has far and away the best 4G network in Australia right now, and is giving the big T preference for its products, as it will be able to sell the most handsets through Telstra. Not really a surprise, but this is further indication of Telstra’s increasing dominance over Australia’s mobile phone market.

This morning’s release might as well have been entitled: ‘4G: Telstra is way out in front, Optus is barely hanging on to second place and Vodafone hasn’t even begun the race yet’. Because that’s where the telcos sit in terms of their 4G coverage.

One last thing: Do I personally recommend you rush out and buy a 4G version of the Galaxy S III? Yes, I do, if you’re an Android fan (of course, if you’re a bit cautious, you may want to wait for the first reviews). This smartphone is now likely the top model of any kind in Australia (and will be for some time) and I commend it to you. Read Delimiter’ existing Galaxy S III review to find out why. 4G is the icing on this incredibly tasty cake. This looks like a better smartphone (just) than the next contender in line, the HTC One XL (itself an excellent model, and one I own).

Of course, if you’re at all interested in the iPhone, hang on for a few weeks and we’ll probably find out what Apple has in store next. That’s always worth waiting for, even if you are a staunch Android (or Windows Phone 7) fan.