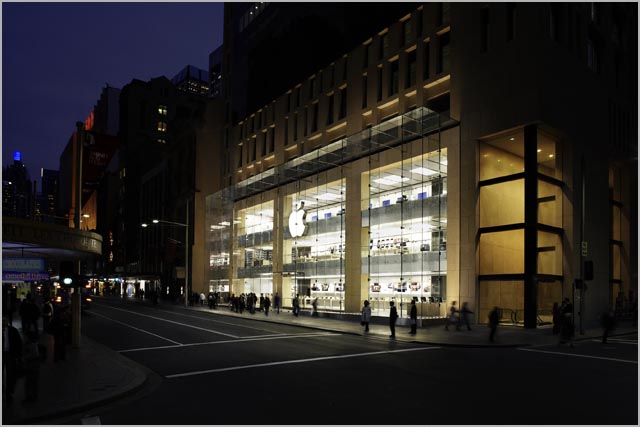 news A Federal Court judge has found that iconic technology giant Apple’s US headquarters deliberately chose to ignore the fact that its new iPad was not capable of 4G mobile broadband speeds in Australia, during a marketing campaign for the device.

In late March this year, the Australian Competition and Consumer Commission took Apple to court for advertising its new iPad tablet as featuring “4G” speeds — despite the fact that the tablet’s specifications did not allow it to take advantage of the only 4G network in Australia at the time, operated by Telstra.

Subsequently, several weeks ago, Apple and the regulator agreed that Apple would pay $2.25 million in fines regarding the issue, which the ACCC had alleged represented a breach of consumer law. Today in the Federal Court, Justice Bromberg agreed that the amount was appropriate. However, the judge also made a number of other comments regarding Apple’s behaviour in the judgement (which is available in full online).

“The most concerning aspect of Apple’s contravention of [section 33 of Australian Consumer Law], is the deliberate nature of its conduct,” said Bromberg. “Apple does not seek to deny the deliberateness of its conduct and there are no facts before me which seek to excuse or explain the conduct, other than that the conduct occurred at the behest of Apple’s parent company, the second respondent (“Apple Inc”).”

“Apple was aware that the “iPad with WiFi + 4G” was not compatible with the Telstra LTE network. That matter was raised with Apple as early as 8 March 2012.”

“In my view, the risk of a contravention of s 33 of the ACL was reasonably obvious, and must have been recognised as substantial by those within Apple familiar with the Australian market’s understanding of the term “4G”. In that context, and in the absence of any other explanation, the facts to which I have just referred, suggest that Apple’s desire for global uniformity was given a greater priority than the need to ensure compliance with the ACL.”

“Conduct of that kind is serious and unacceptable.”

Apple’s 4G marketing campaign, Bromberg said, was settled and deployed by Apple’s head office for worldwide use, with materials supplied by Apple to various resellers in Australia. This “controlling hand” of the Cupertino head office could be seen in the fact that Apple Australia ignored complaints by the ACCC and others regarding the Australian 4G advertising, until 12 May, when the 4G label was changed globally.

This, Bromberg intimated, was unacceptable.

“Multi-national corporations who (through their subsidiaries or otherwise) operate in and profit from the Australian market, must respect that market and the laws which serve to regulate it and protect its participants,” he told the litigants. “Those who design global campaigns, and those in Australia who adopt them, need to be attuned to the understandings and perceptions of Australian consumers and ensure that representations made by such campaigns will not serve to mislead. The penalty imposed in this case, needs to make that message clear.”

Some commentators, including Delimiter, have raised the fact that the $2.25 million fine is small in the context of Apple Australia’s revenues, which were $4.48 billion in the past financial year. Bromberg appeared to agree. “I harbour a concern that the size and financial strength of Apple diminishes the meaningfulness of the penalty proposed,” he stated.

However, factors such as Apple’s willingness to cooperate with the ACCC, and the fact that the company has not transgressed in this area previously, weighed for Apple in the judge’s determination.
“I do not perceive any further transgressions by Apple to be likely,” said Bromberg. “The fact of the litigation and the media attention which it has drawn, will no doubt be a sober reminder to Apple, and others who rely on their brand image that, as well as a penalty, there will likely be an intangible cost involved in a contravention of the ACL.”

opinion/analysis
I have previously written that I thought the ACCC’s approach to this matter was overblown, given that Apple had agreed to give anyone who complained about its 4G support a refund, and modified its marketing materials relatively quickly, given the need to coordinate everything with the nerve control centre in Cupertino. I can’t see Apple Australia making many decisions in this kind of matter on its own.

However, reading Blomberg’s judgement this afternoon, I couldn’t help but feel that the many Delimiter readers who urged me to take a tougher approach with Apple on this one were in fact, right. The judge paints a picture of a technology vendor which knowingly flouted Australian law and only modified its approach when the nation’s competition regulator took it to court and after Apple decided globally to make broad changes to its marketing materials.

If Blomberg is to be believed, and Federal Court judges usually are, Apple knew the new iPad couldn’t support 4G speeds in Australia, but actively decided to promote the 4G term with its marketing materials anyway, knowing that it was breaking the law in doing so.

The company’s contriteness with respect to the matter is probably a matter for debate, but one doesn’t have to be a lawyer or an accountant to suggest that a $2.25 million fine is little more than a flea bite for Apple. It will be interesting to see how the company handles similar issues the next time around (for example, will its next iPhone support 4G in Australia, and on which telcos’ networks?); and to what extent it is prepared to try to push Australia’s legal boundaries in future.