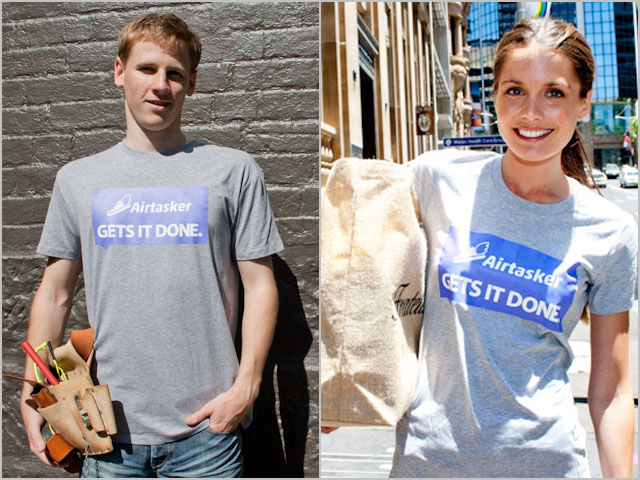 news Australian startup Airtasker has secured $1.5 million in funding, according to a media release issued last week by the company.

Airtasker founder and CEO, Tim Fung said that this fresh round of cash injection would be utilised to hire engineers to further enhance the website’s functionality, to add premium user profiles, improve messaging systems and to install new safety mechanisms around the site. In addition, Airtasker aims to use the newly acquired funds to improve its mobile capabilities with GPS integration and an Android app.

Airtasker raised this capital within months of its launch in Sydney. The company is set to commence operations in Melbourne later this month, with further nationwide expansion set to follow shortly.

Airtasker, the brainchild of web entrepreneurs Fung and Jonathan Lui, is based on collaborative consumption – a concept fast gaining ground where community members share resources directly with each other online, including holiday accommodation (like AirBnB) and car rentals (like Zimride). Airtasker is pitched as a social marketplace where people can outsource everyday tasks to reliable ‘runners.’ The company’s mission is to connect people who need home errands and handyman jobs done, with people who want to earn some extra cash doing these errands and tasks in their local community.

The two-person company raised an initial $140,000 seed funding from internet investors and entrepreneurs and this was sufficient to build a website and kick-start the online community marketplace in February 2012. The new round has come from local investment house Bridge Lane Capital and others, although Airtasker wasn’t prepared to disclose the other investors.

Airtasker’s business model is to charge a small fee ($2 plus 5 per cent of task value) to the ‘runner’ when a task is completed while it’s totally free to post a task with no added fees for getting a task done. On the pricing, Fung maintains that they wanted to make the business model a winning proposition for everyone in the community. He said: “This way we’re totally aligned with our community members as we only ever make money when they make money.”

Hundreds of tasks were posted in the first few weeks of Airtasker’s launch and scores of people joined the Airtasker community. Last month, as part of a publicity stunt, Airtasker was in the news when one of its runners camped outside the Apple store for five days to line up for the first iPad from Apple’s flagship Sydney store.

According to Fung, Airtasker’s dual priorities currently include maintaining the tempo of continuous and swift expansion of the company’s capabilities and audience. He said, “If we keep our users happy, then we know the community will continue to grow as word-of-mouth has driven our growth to-date.” He reiterated that Airtasker was working on spreading the word to educate Aussies about how they could improve their lives or businesses by outsourcing mundane chores and errands.

opinion/analysis
To be honest, I feel that the amount of money invested in Airtasker is too high, given the fact that the company’s business model just does not see it making much money at the moment.

In order to meet the right levels of scale to justify the huge levels of capital invested in it, Airtasker will need to start reaching many, many cities globally, and achieving high levels of uptake. It will need to go viral. And the nature of such Web 2.0 startup platforms is if they don’t go viral quickly, they often don’t go viral in the long term.

It seems like in Airtasker’s case, the company’s early success, with having quite a few Sydney jobs posted on its site, combined with its founders’ history in raising capital, have combined in order to net it a large early stage investment. And of course, it is a very positive signal for Australia’s startup ecosystem that such amounts are being raised locally. But to my mind, Airtasker has a lot to prove yet before I would judge that investment worthy. I’ve seen far more promising Australian startups struggle to raise anything like this amount. If Airtasker succeeds wildly, I will be the first to eat my words. But until then, call me a cynic.