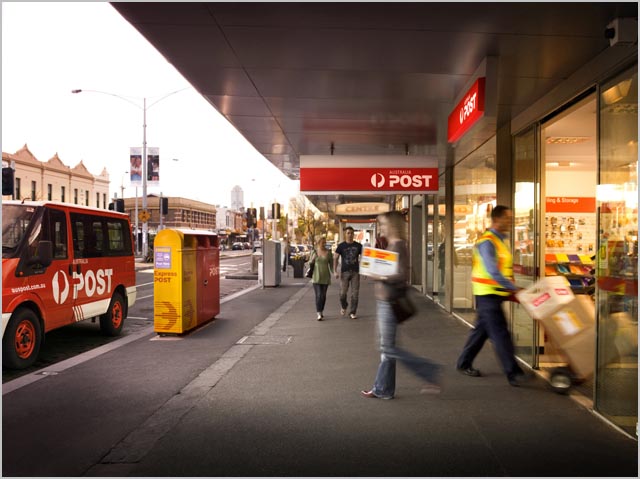 news Australia Post has announced that what it has described as a “Digital Mailbox” will be offered free to every Australian this year.

“The Australia Post Digital MailBox will allow businesses, government entities and customers to communicate through a secure online portal that can be accessed 24 hours a day, 7 days a week, wherever they are,” said Australia Post chairman, David Mortimer, adding that a personal digital mailbox was the perfect complement to the letterbox in keeping with the online revolution.

The Australian Post website described the Digital Mailbox as a free personal management application that offered its users the security and privacy to receive mail, pay bills, and store important documents. It would: be accessible anytime, anywhere, and on any device; support multi-factor authentication to ensure security; and ensure all communication is encrypted so that only the intended recipient would be able to view messages. Users interested in registering for the Australia Post Digital MailBox can do so online.

Elaborating on the system of storage, management and payment of statements and bills, an Australian Post spokesperson, as reported by News.com.au, said that customers could log in to view bills, pay them, and see the history of their statements and bills from a service provider, as well as all communication with them. It was also possible to set reminders for payments to be made.

The Digital Mailbox is not an entirely novel enterprise. In mid-March a trio of business process companies — Computershare, SALMAT and Zumbox — announced they had set up a joint venture offering Australians a digital postal service – Digital Post Australia – whereby they could receive their mail online compatible across major mobile platforms including iPhone, iPad and Android devices.

Digital Post Australia offered their customers access to their secure, online digital postbox where physical mail would be made available digitally, in one central location online. Eliminating the need for multiple logins and passwords, users would receive their bills, notices and statements online, through a single, secure channel. The system acted as a personal assistant too, and notified users when payments were due. Documents could be organised in a single digital vault where they could be stored, and tagged.

Over the past week, Australia Post also announced the opening of 30 superstores across the country, in response to increasing online shopping by Australians. The new superstores would have 24-hour zones with vending machines, parcel lockers and self-service terminals. There would be among other services, round-the-clock access to postal services, online facilities for customers to research for and order products online, an American Express currency exchange outlet, and an Australian Post ATM.

Australia Post Managing Director and CEO, Ahmed Fahour said with parcel volumes growing 13 per cent since last July due to online shopping, and customers wanting to collect their parcels at a time and place that suited them, parcel locker trials had been held successfully in Melbourne, Sydney and Brisbane. The service was being extended to ten more sites, with plans for a national rollout. Australia Post also had plans for opening a further 16 dedicated Business Hubs around Australia by the end of June, in addition to the seven that were already open.

opinion/analysis
When Digital Post Australia announced its very similar service, I wrote of it:

“Australia has needed a service like this for a while, and while there have been startups who have attempted to tackle this area before, none have really gotten that far with the idea. However, I believe Computershare and SALMAT, with their obvious existing strengths in this area, definitely have the ability to make the idea of digital postboxes a reality. In addition, it looks like Zumbox has already been fairly successful with this technology internationally. Bringing it to Australia through existing partners with strengths in business processing and contacts all throughout the corporate sectors would seem to be a natural next step.

In addition, I personally really want this service. I operate a PO Box for my business, and it really bugs me that some companies just won’t communicate with me electronically. Every day I have to walk up to the main street and check my physical mail I have tried to get my bank to send me only electronic statements several times now, for example — but to no avail. They are chronically addicted to paper, and we need an organisation like Digital Post Australia to cure them of it.”

I believe that most of these same comments apply to Australia Post’s Digital Mailbox initiative, and of course Australia Post also has the scale and existing infrastructure to pull something like this off. However, there is also a subtle difference between the two services — one which may come to be significant over time.

If you read between the lines of Australia Post’s media release about its Digital Mailbox project, you get the very distinct impression that the company is (and this is no surprise) coming at the issue from the perspective of an organisation whose main work is in physical post. In comparison, the rival Digital Post Australia’s service very much feels like a “dot com”-type solution — purely digital and purely focused on online delivery.

I can’t really say why I get this feeling, but I do. I don’t really expect that Australia Post will ever really understand the Internet — its legacy is just based so strongly on physical infrastructure. It will be interesting to see how this plays out over the next couple of years and if it can overcome that handicap.