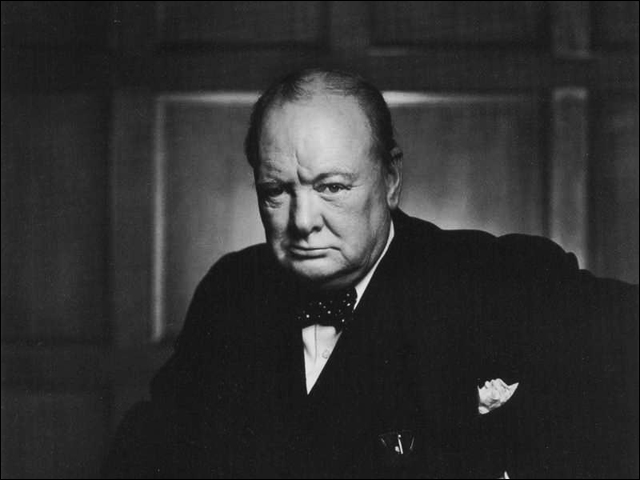 opinion Four and a half years ago, on a beautiful August day in Sydney, I had what I had come to consider the regular pleasure of attending a keynote speech by Optus chief executive Paul O’Sullivan.

At the event — a lunch held by business circuit stalwart the Australia-Israel Chamber of Commerce — the Irish-born O’Sullivan was in fine form, cracking a series of jokes at the expense of then-Telstra chief executive Sol Trujillo and his fast-growing cadre of imported ‘amigos’. “Another one of our sponsorships is Cirque Du Soleil — an amazing troupe of artists and acrobats from Canada. They are currently touring Australia and come to Melbourne next year,” the Optus chief executive smiled.

“But of course there has also been plenty of media coverage about another group of North American performers … So let me clarify that Optus is involved with Cirque du Soleil — not with its rival troupe the cunningly named Cirque du SOL.”

At the time, it wasn’t unusual for O’Sullivan to make Telstra quips in public. A regular on the speaking circuit, the Optus executive had become known for his sense of humour and his dashing challenges to Telstra. Such an approach is fitting for the leader of a company which has long seen itself as Australia’s premiere challenger telco.

It was also an exciting time. Trujillo’s national fibre to the node network proposal — the ultimate precursor to the NBN — was being debated, Australia was just starting to get a feel for the amazing potential of its nascent 3G networks, and a fresh feeling of industry change was in the air; with O’Sullivan and Optus right in the middle of it.

But fast forward a few years, and how O’Sullivan’s image has changed.

Over the past 18 months the Optus chief — once so familiar and comfortable with speaking in public and to the press — has turned into a virtual recluse, shunning the public eye almost to a point and hiding out in the telco’s expansive North Ryde campus like a modern day Phantom of the Opera, unable to bring his masked visage into the sunlit open air.

Despite the momentous events which have shaken Australia’s telecommunications industry recently (think NBN), I cannot recall a significant speech which O’Sullivan has given, a physical press conference which he has held, or even a statement outlining a clear position from the executive on any given issue over the past several years.

Rare, inconsequential interviews and dry quarterly financial results teleconferences are all that the once bold and audacious O’Sullivan has gifted Australia with over the past while — the second stifled by the executive’s ultimate boss, the cheery Chua Sock Koong, SingTel group chief executive, whose boundless optimism is only matched in the calls by the depths of her reluctance to disclose any information of real significance to the press.

In scale and tone, O’Sullivan’s reluctance to enter the limelight of the Australian telecommunications industry is currently only matched by one man: VHA chief executive Nigel Dews.

The former Hutchison leader was also a regular fixture in the telecommunications industry prior to his appointment to lead the merged VHA entity after the Vodafone/Hutch merger in February 2009. It was Hutchison’s habit to hold triumphant lunches so that it could detail its latest 3G innovations to the press and poke fun at its larger, slower, old-fashioned competitors.

But since the VHA merger, Dews has followed O’Sullivan’s lead, becoming a virtual recluse and shunning the public eye.

That approach has been demonstrated starkly over the past few months, as VHA faced its biggest trial ever in the months surrounding Christmas 2010; its Vodafone brand literally evaporating in the smoke of a giant blaze lit by Vodafail founder Adam Brimo and fed by the circling vulture pack led by class action specialist law firm Piper Alderman.

Yet at no stage during VHA’s trial by fire over the past few months has Dews called a press conference or delivered a major speech to address the hailstorm of criticism which has descended on his company. Instead, he has conducted limited, sporadic interviews and published brief apologies and statements on the matter through Vodafone’s blog.

The depths of Dews’ reluctance to face the public was highlighted this week when VHA blithely announced that it would replace its entire wireless network infrastructure over the next 18 months … in paragraph 13 of a lengthy press release.

It beggars belief that Dews would not hold a press conference or conduct detailed interviews as his company embarks on what will constitute one of Australia’s largest network construction projects of all time — an effort rivalled only by the titanic initiative which Telstra and Ericsson undertook to build the Next G network in 2005 and 2006 — an effort which Ericsson admitted was gruelling.

Instead of taking questions on the matter, Dews broadcast a canned recording of himself speaking to camera about Vodafone’s customer service and network woes from his company’s office. Hardly the picture of leadership, the executive appeared battered by the events which have shaken his company to the core over the past three months.

Little wonder the executive doesn’t want to be in the public eye.

The current reclusive nature of O’Sullivan and Dews would not be an issue in most other industries, or at most other times. But in 2011, in Australia’s telecommunications industry, their mutual approach is being shown up dramatically for what it truly is by one man: Telstra’s David Thodey.

Put simply, Thodey is on fire at the moment.

The Telstra chief executive’s approach is currently the definition of the word “leadership”. Since he took the telco’s reins from his arrogant predecessor Sol Trujillo in mid-2009, Thodey has grabbed the microphone at every opportunity, his crooning voice and self-deprecating good humour soothing the soul of the most fiery Telstra shareholder and aggrieved customer alike.

Thodey’s very public and utter commitment to facing Telstra’s problems head on; its labyrinthine customer service structure; its uncompetitive pricing; its retail/wholesale structural conflict; and most of all, its future in a post-NBN world; have lent him an unshakable authority at present; an aura he is milking to the nines. Telstra’s customers have hated the company for so long they have forgotten what it means to like it … the charming David Thodey has spent the past 18 months wooing them all back.

It’s hard to underestimate the importance of the difference in approaches between Thodey and the leaders of his two nearest competitors.

At the end of the day, people buy goods and services because they believe the sales pitch that the producing company is creating. It’s a narrative, a story; constantly reinforced, consistent and driven home — and it needs to come from the top of a company down, so that the company’s staff, partners and customers are all on the same page.

Right now, David Thodey is creating an incredibly consistent and powerful narrative around Telstra that many Australians are starting to believe. The narrative that is emanating from Optus and VHA, on the other hand, is muted, chaotic, and sometimes even smacks of being in denial of the reality of their situation. And we’re starting to see how that is playing out; with Vodafone’s name becoming mud in a period of just several months, and Optus losing its position of leadership in smartphones; with Telstra snatching up hundreds of thousands of HTC Desire and iPhone customers over the past 12 months.

In the fixed line market in which Optus also plays, the company’s mindshare has become nonexistent, with iiNet’s blatant challenge to the company — thumbing its nose in advertisements plastered everywhere over the past two weeks and unequivocably claiming the “number two” position in ADSL — going unanswered. At this point, it would be hard to argue that Optus is a challenger in the fixed-line broadband market; instead, it’s companies like iiNet, TPG and even Internode which come to mind in that field.

There have for the longest time been two schools of thought about what being the chief executive of a company truly means, with the idea having been discredited that CEOs are simply managers writ large. Some believe a better word for CEO would be “leader” — that the executive needs to provide vision for their team and light the way forward. Others believe the CEO is in fact a company’s chief salesperson.

But right now, Optus and VHA have neither. From an outsider’s point of view, it appears as though both companies’ management has been asleep at the wheel or simply hiding out in their underground lair. And if that’s what the external impression is, one wonders how long it will be before both will go completely off the tracks.

Addendum: If you’re wondering what the picture above is of — it’s of Winston Churchill, commonly acknowledged as one of the greatest leaders and orators of the twentieth century; and a man who spent a great deal of time in the political wilderness, only to make a triumphant return.