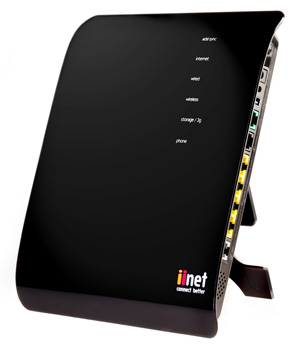 National broadband provider iiNet today said it was well advanced in its planning for the expected Internet Protocol version 4 address global shortage, and the shift to version 6 of the long-lived protocol.

This week, media were globally echoing the news that a handful of addresses was all was left of the IPv4 stocks all over the world. In plain numbers, prior to this week, the Internet Assigned Numbers Authority (IANA) had only seven of its “/8” blocks. Two of those were allocated to the Asia Pacific Network Information Centre (APNIC) last Tuesday.

The other five will be automatically given to the Regional Internet Registries (RIR) — governing bodies which manage the distribution of IP addresses in specific geographic region — that will then allocate their Internet addresses according to their own policies.

There are a total of five RIRs, that is to say the exact number of “/8” blocks which IANA held. After these final allocations, panic spread, as expected. Although APNIC said in a statement it would not be until another five years that the familiar IPv4 would be exhausted, it reiterated that moving to the IPv6 would be the only means available to face the ongoing growth of the Tnternet.

Asked about the shortage, iiNet Communications Manager Anthony Fisk said the company was well advanced in planning for its transition to IPv6. He said the migration to the new protocol will be run through a dual stack implementation of IPv4 and IPv6 concurrently on iiNet’s network at some stage later this year. However, Fisk acknowledged the migration won’t be without problems.

“The biggest problem with simply switching over to IPv6 is that websites will need to be able support it,” he said. “We expect that for several years, systems will try to use IPv6 first then IPv4. Eventually we phase out the use of IPv4”. In fact, migrating users from IPv4 to IPv6 will require many years as devices and networks need to migrate first.

“This will take a significant amount of cooperation from the Internet community,” Fisk said. “Another issue for the industry is that some customers will eventually need to upgrade their modems to ensure they understand IPv6”.

Fisk said iiNet would work on the deployment of the IPv6 to ensure customers won’t notice the change. “Needless to say, our transition path will make the changeover as seamless as possible for our customers,” he said.

In a media release issued yesterday, iiNet rival Internode revealed it held stocks of IPv4 addresses that would enable the company to respond to projected customer demand for at least three to five years. Internode managing director Simon Hackett said Internode would give new customers “two kinds of Internet addresses”, to ensure a smooth transition. “We’ve ensured our customers have the best of both worlds, so they don’t need to worry about this issue during the transition period. Internode customers won’t run out of IP addresses,” Hackett said.