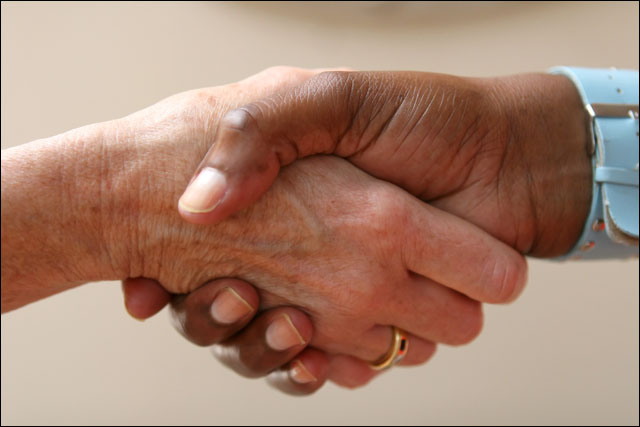 Over just a few short weeks his nascent website has become a focal point for customers angered by problems in the mobile networks of telco giant VHA, with his name being splashed across Australia’s mass media. Now Vodafail founder Adam Brimo has taken his complaints directly to the top of the corporate telco ladder.

This morning a spokesperson for VHA — which operates the Vodafone brand in Australia — confirmed Sydney resident Brimo had met yesterday with VHA chief Nigel Dews at the company’s North Sydney headquarters.

While not privy to the details in the meeting, the spokesperson said VHA wanted to meet with Brimo because the site had captured “a fair degree” of customer sentiment. “We’re interested in tapping into it — to see how best we can resolve customer complaints,” they added, noting Vodafail’s geographical targeting functionality could be especially useful for the telco as it could allow it to pinpoint areas of poor coverage in its network.

In his own post on the site disclosing the meeting, Brimo — who was released from his own Vodafone contract on December 21 and was looking for a new mobile provider — appeared to have come out of the meeting of the minds with a positive viewpoint.

“I started this website hoping to gain the attention of Vodafone so that they acknowledge our problems and get them resolved. This morning I took your complaints and suggestions to Vodafone CEO Nigel Dews,” Brimo wrote.

“He and his team are well aware of our issues and are focusing on how to solve them. It is now up to Vodafone to announce how and when your specific problems will be solved. Vodafone has clearly taken notice, however this website will remain open until our main issues are resolved.”

The Sydney resident said he was “appreciative and humbled” by the support and coverage Vodafail had achieved, but that it represented a “testament” to customers’ complaints and contributions.

“We understand that this may be a frustrating time for customers however please remember to be calm and respectful to Vodafone employees and each other. We cannot personally resolve any of your issues but we can keep you informed and direct you to the right people,” he said.

The sentiments represent somewhat of a change from the initial approach Brimo took to the site. On 16 December he described Vodafone (VHA) as “a useless company”, “a sorry excuse for a company” and VHA’s network upgrade efforts as “too little, too late, most likely”. He also encouraged all of his readers to contact sector watchdog, the Telecommunications Industry Ombudsman, with their problems.

Since that time, several senior VHA executives — including Dews — have publicly apologised for the company’s problems, which have seen some customers experience dropouts, delayed delivery of SMS messages and more, and the company has committed to investing in its network to resolve the headaches.