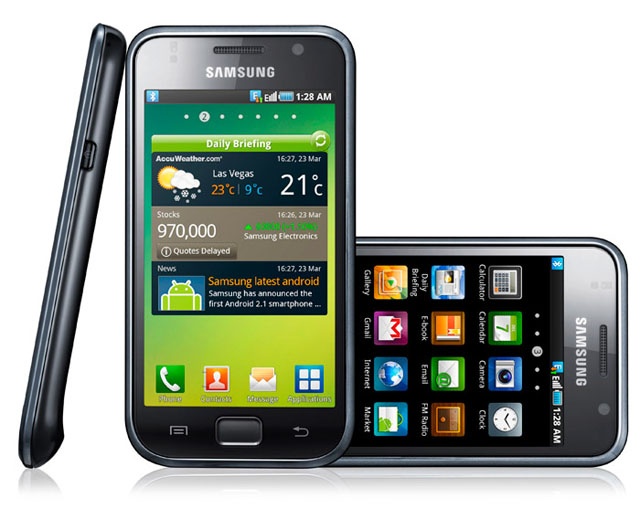 Optus has taken a stab at Telstra’s early dominance in market for high-end Android smartphones, with a one-month exclusive on Samsung’s Galaxy S device launched in Sydney today.

The device is available exclusively from Optus for 4 weeks from July 1st with plans like the $59 a month “yes” social plan for 24 months with a minimum spend of $1,416. After that date, Telstra — for one — will launch the phone.

“The new Samsung Galaxy S will join our growing range of Next G Android smartphones,” said a Telstra spokesperson. “Pricing and availability will be announced a little closer to the launch date.”

Under the hood, the Galaxy S has a 1Ghz processor, 512MB RAM and 16GB of internal storage with up to 32GB of expandable memory. The handset has a 4″ WVGA AMOLED 800×480 touch screen display and is thin at 9.9mm, yet wide enough to accommodate the large display.

Other features include a 5 mega pixel camera and a front-facing camera for video calling. Connectivity and networking specifications include 2.5G, 3G, Wi-Fi and Bluetooth v3.0.

The handset comes with an accelerometer, proximity sensor, GPS, digital compass and the SWYPE keyboard application. The Android applications market is available as well as Samsung’s own application store, Samsung Apps.

The phone has a myriad of pre installed applications such as the “Augmented Reality with Layar Reality Browser” and Australia’s Top Model.

Borders has partnered with Samsung for the launch of the Galaxy S to promote the Borders eReader application on the handset. Consumers who get a hold of the handset through before August 31st will receive a free download of either The Slap by Christos Tsiolkas or Underbelly: The Golden Mile by John Silvester and Andrew Rule. The purchase must be made through Optus to be eligible.